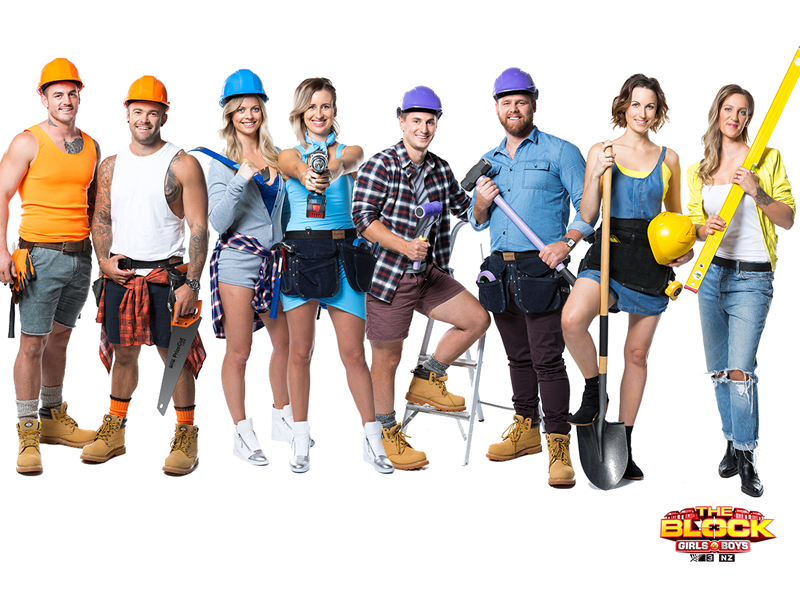 TV3's The Block NZ is back!

A new season, with new challenges and new teams... And this year it's a battle of the sexes – girls vs boys.

The Block NZ: Girls Vs Boys will premiere this Sunday evening, with two female teams and two male teams, and this year they're tackling a group of 1980s townhouses.

At the season finale, the overhauled homes will go to public auction, and the team with the most profitable sale will win $100,000. Each team will also take home any profit made above the reserve price on auction night.

Get to know the teams: Dyls and Dylz, from Mount Manganui, a builder and his apprentice; Sam and Emmett, from Te Aro, Wellington, friends since high school; Emma and Courtney, from Dunedin, who are not afraid to muck in; and Niki and Tiff, who describe their team as well balanced (and sassy!).