Cooking up the perfect kitchen for a Kiwi home is no mean feat, as we saw last week on TV3's The Block NZ: Girls Vs Boys.

The teams' latest challenge was to present a kitchen and dining area that would impress judges with its functionality and space planning, and to wow with a lighting feature in the dining room. Here are the latest room reveals. 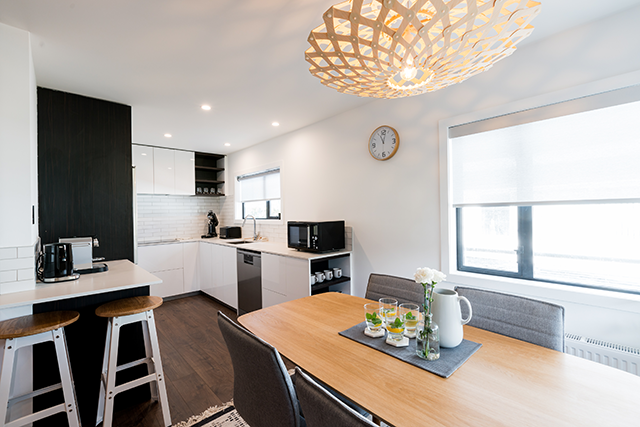 The winner of the week, this kitchen and dining area received the judges' tick of approval for its spatial design, styling and the boys' attention to detail. A nice, fresh space, that encourages social interaction, there were few things to fault.

The table was a particular hit, a perfect size for the dining area. One of the judges also loved the little coffee bar, although he thought the stools were too high for that particular bench. The other judge was drawn to the oblong subway tiles in the kitchen, as they made the room feel larger. In terms of fitting the brief, Sam and Emmett came out on top. 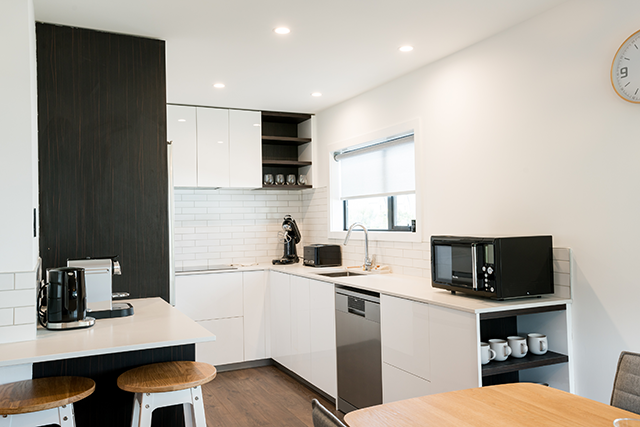 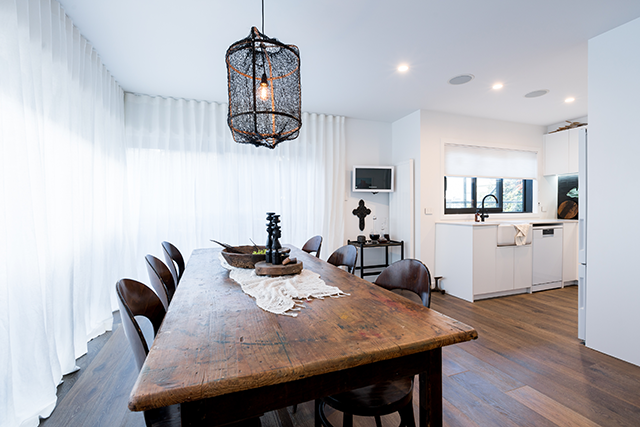 Styling queens Niki and Tiff delivered a beautiful kitchen and dining area last week, with one of the judges commenting that it looked like it was out of a magazine.

However, the judges felt there was a wasted space between the kitchen and dining area, and thought it was a shame there wasn't a breakfast bar or some shelving.

Overall, the girls were congratulated on a well-accessorised space with great continuity with the rest of the house. It was just a shame about the spatial planning. 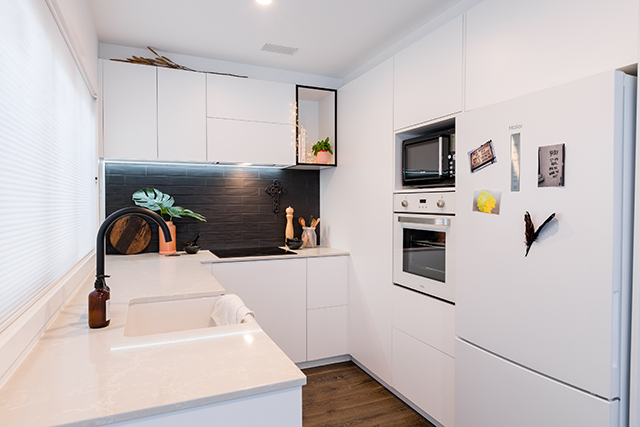 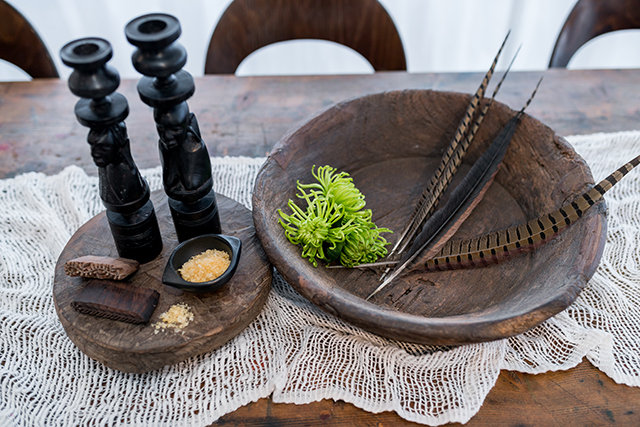 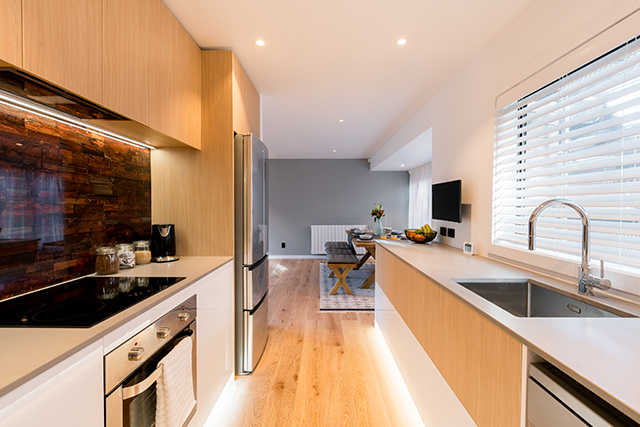 D yls and Dylz were beaming at last week's reveal night, after hearing all the positive comments from the judges.

Clean lines, modern touches, casual approach to seating and a warm overall palette were all favourably mentioned. And one of the judges also liked that they chose a neutral tone for the benchtop, instead of white, saying it was a nice contrast to the timber.

As for the schist wall, which matches the feature wall in their bathroom, they were given kudos for the way it adds texture and detail in a unique way – although it's something you either like or don't like, similar to a piece of art, said one of the judges.

A practical, stylish space with good atmosphere, the boys' design was well received. Much like their master bedroom and ensuite, Emma and Courtney had one room that the judges liked and another that they thought let the girls down.

The good things: skylights that brightened the room and right on brief, a roomy butler's pantry with great storage, and handle-less cabinetry that makes the kitchen feel sleek. And the magical view across the city from the dining area will be a good selling point.

A pity, then, that the dining area felt a little lazy in design, said the judges – the dining room table is too small and the room feels underutilised.