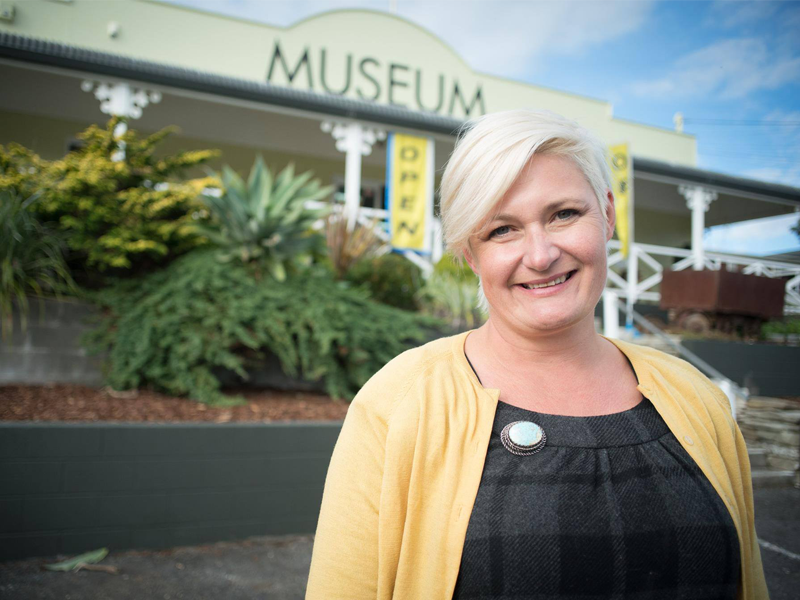 Seven museums, seven successful rescues – the team at Heritage Rescue revisit to see what impact the changes have made.

At the Mokau Museum, the exterior was freshened up with a Resene Karaka wall and Resene Alabaster railings, while inside, the central inbuilt display case was repainted in complementing shades Resene Cougar and Resene Sandstone. Now, nearly 90 people visit the museum each day and the art gallery at the back of the museum is booked up until April 2017. This not only draws people into the building but the commission from sales provides additional revenue for the museum.

Getting kids into archaeology and history is on every museum's wish list. Five years after the Christchurch earthquakes Heritage Rescue created a pop-up museum showcasing amazing archaeological finds from the devastation. 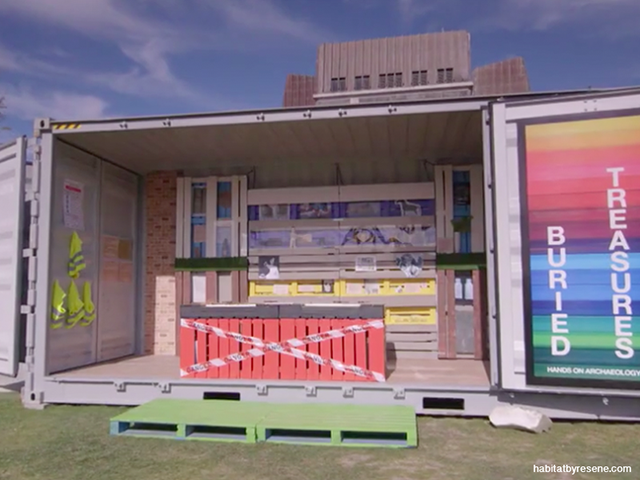 An eye-catching scheme of Resene colours was used alongside earthier tones to give an  underground/overground feel while a central area was set up with hands-on dig pits. The exterior was painted in Canterbury colours: Resene Bright Red and Resene Blackboard Paint Black with the eye-catching metallic Resene Gold Dust used on the top.

The display has run for nearly eight weeks, and the kids have loved having fun with all of the activities. The display will broken down in a week and the pallet shelving will repurposed by Heritage New Zealand in another display.

Rangitoto Island is an iconic feature of Auckland and its harbour. A bach built on the island in 1928 for the caretaker has won a Unesco Heritage award and has been setup as a snapshot intime.

Inside a 3D topographical map of the island was built of macrocarpa and stained with Resene Waterborne Woodsman Rangitoto, with other paint colours to highlight roads, tracks, sea and bach sites. New information plaques made and also stained in Resene Waterborne Woodsman Rangitoto to blend with their new environment and meet Department of Conservation specifications. 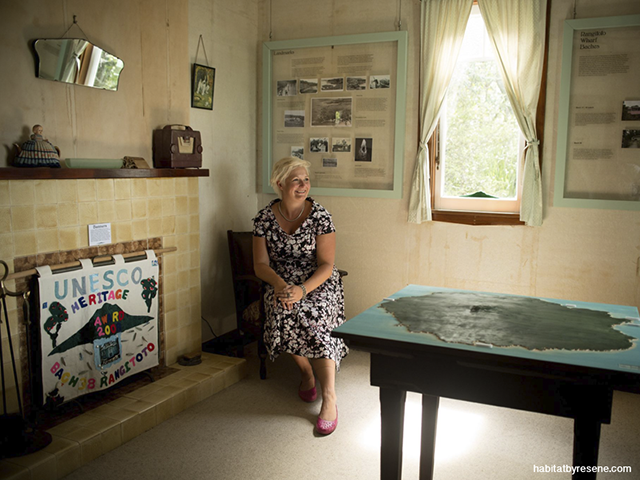 The reaction from other bach owners on the island has been very positive, and new information panel entices visitors to gain more depth and insight.

Tauwhare Museum in rural Waikato is one man’s passion. Andy Moreland started collecting more than 30 years ago and how has an enormous farm shed full of military vehicles, curiosities and artefacts.

To give the museum greater visibility and identify the main building, it was repainted in  the Resene Scrub. Inside, cabinets were painted in dark Resene Indian Ink and a new display finished in neutral grey Resene Stack. 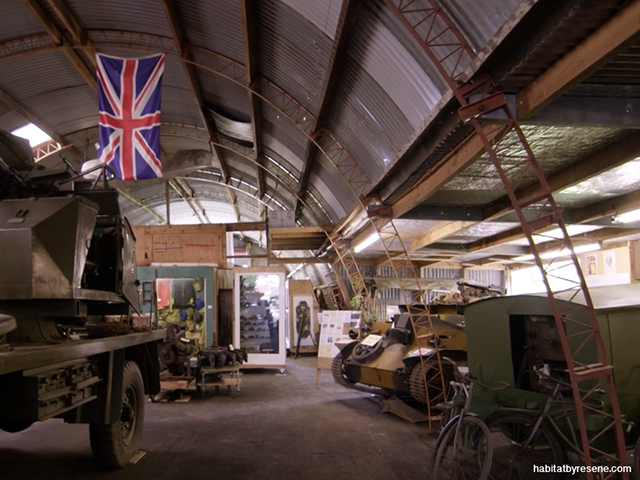 Its great to see that they are carrying on what we have started, painting the rest of the display cases. It's quite surprising to hear that such a lot of people have been visiting the museum since Heritage Rescue team were here.Thanks to the big opening day the people seem to spreading the word about this wonderful museum now.

The Moreland family continued with the painting projects, finishing the rest of the display cases. And since the opening day at the end of the Heritage Rescue work, news has spread and visitor numbers have increased.

The Thames Museum was suffering from low visitor numbers - about five or six people a day. An under-used storage room was repurposed as an exhibition space for a collection of locally locally handcrafted kauri models, offset by a rich smoky blue backdrop in Resene Biscay and plinths in Resene Indian Ink.

The museum committee have carried on the momentum by converting their office into a sales counter where they sell souvenirs and printed T-shirts. On the opening day they had a record number of 280 people and record income.

The Kawhia Museum is home to a wide collection of artefacts that reflect Kawhia's history as a port town, from the arrival of the Maori through to European settlement and present day.

The Kawhia Moana room was repainted in Resene Wedgewood and decorated with a faux plank wallpaper (Resene Walltrends Ill BN47531) while artefacts in another room were highlighted with walls in Resene Metamorphis and Resene Paua. 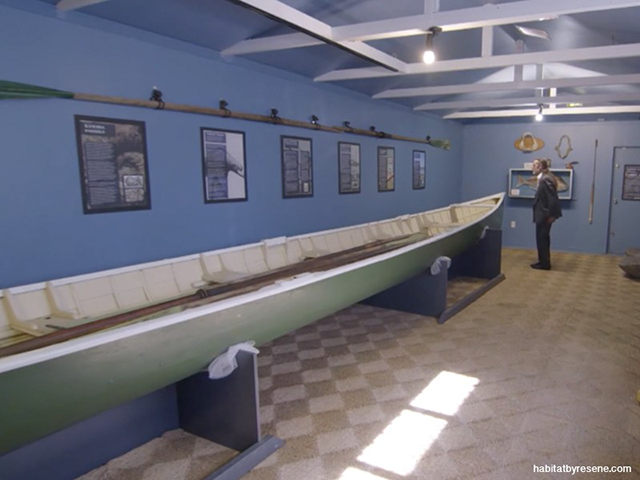 Since the changes, visitor numbers have increased and locals are proud of the results. The museum management has developed new rules to accept only artefacts related to Kawhia.

Cromwell Museum had lost its shine. Repainting the drab green walls to fresh Resene Pearl Lusta complemented exhibits that told of the town’s gold rush days. New panels in Resene Merino were anchored by a strip of Resene Burnt Sienna and used for a new photographic display.

The museum committee says that Heritage Rescue was the best thing to ever happen to Cromwell Museum. It has been exciting and invigorating, and a huge learning experience they will continue to benefit from.

Catch up on all the episodes of Heritage Rescue at www.choicetv.co.nz.