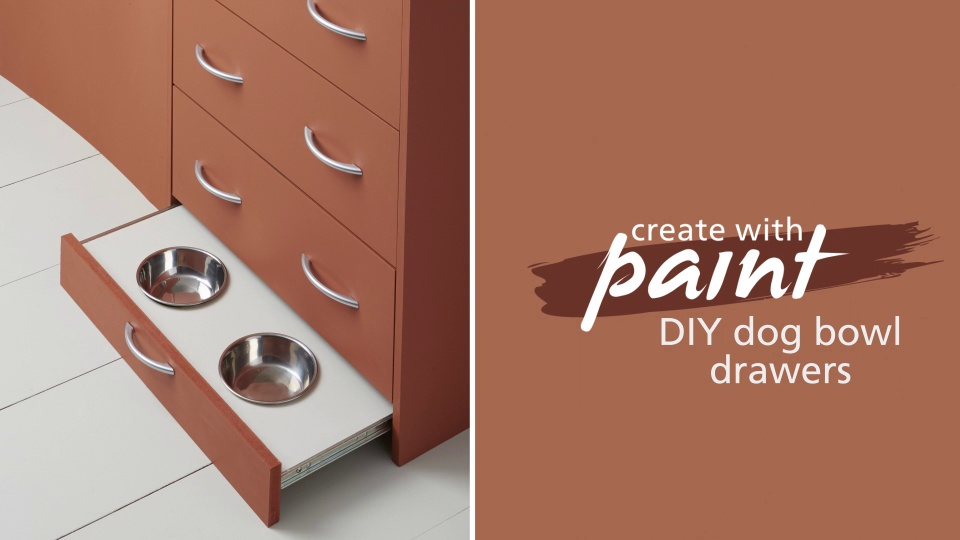 Renovating your kitchen? Take the op-purr-tunity to install an extra drawer in the empty space ... see this and more videos

This week on The Block NZ was one of ‘firsts’. It was the first time a fifth team was welcomed to the show (though temporarily).

As a major selling feature of any property, the hosts and judges had stressed the importance that the teams should place in the family bathroom challenge. However, three of the teams struggled immensely and were unable to finish their rooms, leaving only two teams in the running for this week’s $7,000 prize.

2018 The Block NZ winners Amy and Stu returned to work on Apartment 5 for third week of the competition – and when it comes to bathrooms, no team in the history of The Block NZ has ever been more successful. Last season, they were awarded a perfect score by one judge for their bathroom.

When Jason and Lizzi entered to give their critiques, they had no idea the room painted in Resene Sauvignon and Resene Eighth Rice Cake had been created by the previous champs. Both judges thought it had a fantastic feel to it, that the tiling on the floor was very elegant and they loved the use of the red tile on the back wall. They thought it had a great layout, was accessorised beautifully, and appreciated that they had brought in little pops of similar reds in the accessories to tie the space together.

The gold tapware, artwork, and pendant lamp were all nice choices for the room, and they liked that it gave the room a bit of a vintage, art deco feel but they thought the lamp should have been placed differently.

Jason and Lizzi also thought their handmade toilet brush was a creative use of the old timber from this week’s design challenge, garnering the couple an extra point, securing them the win for the week.

Over in Apartment 4, after having viewed some of the unfinished bathrooms previously, Lizzi and Jason were pleased to see Sophia and Mikaere’s bathroom had actually been completed – and were thrilled with the results.

Jason called it “a really sellable bathroom” and appreciated their use of contrast and texture through the materials. Both he and Lizzi liked their tile choices and what they did with them, as well as the use of light and space, which both helped contributed to making the room feel bigger. The styling, colours, finishes and accessories all got the nod, as did the brushed steel water fixtures.

The door and ceiling in Sophia & Mikaere’s bathroom are painted Resene White to coordinate with their bright white fixtures and contrast their black tiled walls.

Resene teams up with NZHL XRACE for family-friendly mystery race

For the eighth year, Resene is teaming up with NZHL ... more

For the sixth year, The Salvation Army and Resene are ... more