Artist Ariki Brightwell’s Te Aniwaniwa Nui/The Great Rainbow mural for the MTG Hawke’s Bay Museum turned heads for all the right reasons. The mural was created with assistance from her father, Matahi Brightwell, to commemorate Te Huinga Takat?pui o Aotearoa 2018 – the national hui of rainbow wh?nau that has been held regularly since 1987.

Architectural specifier for MTG Hawke’s Bay, James Price says the mural acknowledges M?ori ancestors and tells the story of the rainbow, its origins and significance to M?ori, as well as its symbolism for peace and diversity. “It depicts the paramount Chief Kahungunu, who Ngati Kahungunu, the people of Heretaunga ki Wairarapa inhabit, to acknowledge our history and the tribe who hosted the Takatapui hui in 2018,” says James. 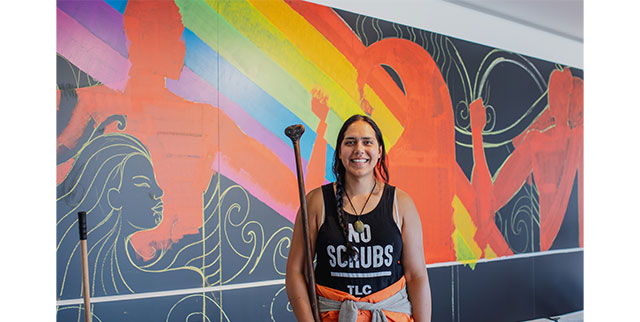 The mural is a depiction of the great figures of Ngati Kahungunu:

Ariki says the colours were chosen to tell a story. “This painting is a celebration of our rainbow community, especially our M?ori rainbow community. The rainbow has always been a symbol of diversity, peace and tranquility. I wanted to represent that in the form and shape of our stories, local heroes and leaders of the past,” says Ariki. 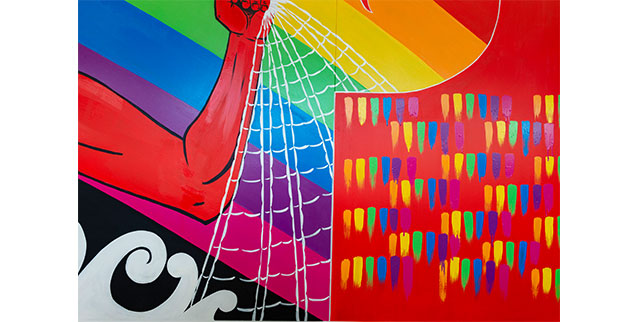 The primary colours used in the mural, Resene Havoc, Resene Black and Resene White, are matched with today’s representation of M?ori, most commonly seen in the red, black and white Tino Rangatira flag. M?ori ancestry shows red as representing women, the blood and the land, white representing the sky father, and black, Te Kore, where all life began. The secondary colours are ones of the rainbow used to bring to life the god of peace, Rongomatane and the god of rainbows, Uenuku.

The mural spans seven metres at two and a half metres tall. Ariki’s father, Matahi, assisted with its creation over the seven days spent painting. The mural was split into five separate panels so it could be disassembled at the end of the exhibition and moved to Te Kura Kaupapa o Ngati Kahungunu in Hastings.

Ariki says she is a big fan of using Resene paints for her murals thanks to their lasting performance. This mural was painted using Resene Lustacryl semi-gloss waterborne enamel and Resene Lumbersider waterborne low sheen paint. 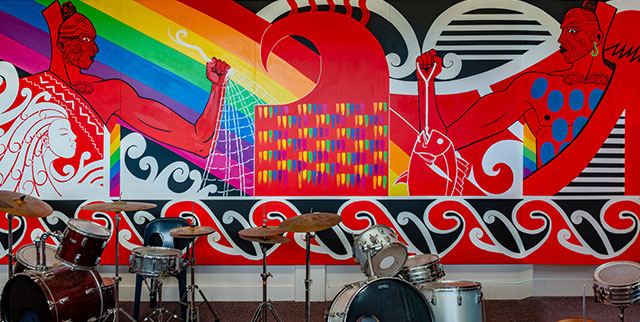