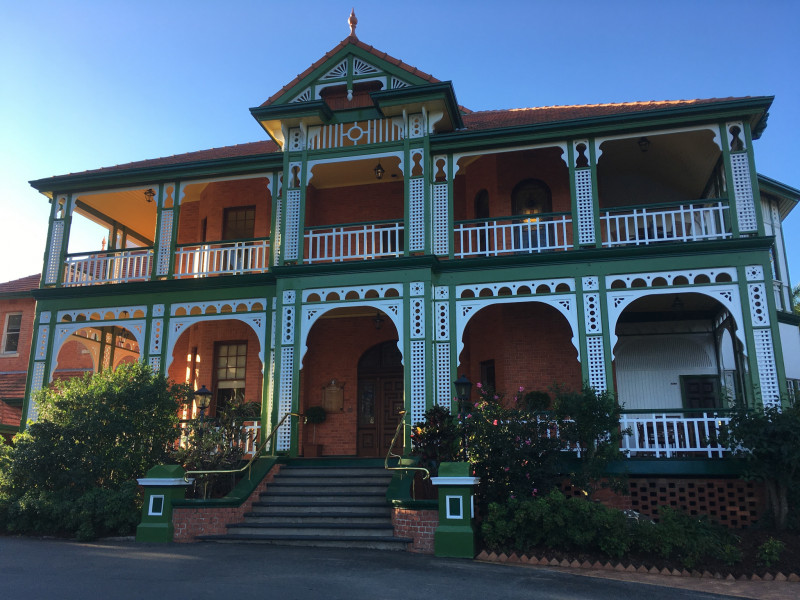 Rich in history and significant in its design, a Queensland heritage-listed property was recently given a facelift using Resene paints and stains.

The Victorian-era style mansion was built in 1897 for a tea merchant and later sold to a pastoralist, who gave the property its name, Ross Roy. In the 1940s, Ross Roy was sold to the Lutheran church and began a new life as a secondary college. Today it still stands on the school’s property and is used as school offices.

When it was time for a refresh, Ross Jeffries of Colorite Painting Contractors was contracted to repaint both the interior and exterior of the grand nineteenth century architect-designed mansion – a job he didn’t take lightly.

“Although there have been changes over the years, the building retains its grandeur,” says Ross. “It is a detailed example of the late Victorian era and therefore of aesthetic significance.”

Wanting to retain the original colours of the property as much as possible – of which there was no record – Ross sent scrapings taken from the building to Resene for a colour match.

The matches were perfect, says Ross, and the new custom colours were named accordingly, unique to the property: Resene Mid Bristol Green on the gutters and handrails, Resene St Peters Cream on the soffits and Resene Strath Creek Green on the posts and beams.

For the rest of the home, Ross used colours already available from Resene. For the dove timber and fretwork, Ross used Resene Hi-Glo waterborne gloss paint tinted to Resene White. The decking was finished in Resene Furniture and Decking Oil, and the degraded timber in Resene TimberLock. 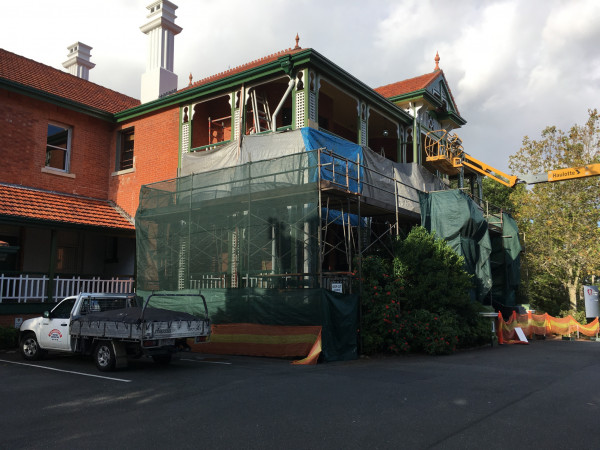 The historic Ross Roy mansion when it was undergoing renovation.  It was given a facelift in custom Resene colours: Resene Mid Bristol Green on the gutters and handrails, Resene St Peters Cream on the soffits and Resene Strath Creek Green on the posts and beams.

While work was being carried out, the building had to remain open, and so it was decided not to scaffold the whole building at once, instead working in stages.

During this time, rotten timber was removed and replaced as was necessary, the building was sanded, and Resene Quick Dry undercoat and Resene TimberLock were applied to ensure Ross and his team had a great base to work from.

Ross says he is particularly pleased with the outcome. “It’s been a pleasure to have worked on such a splendid building,” says Ross. “It’s not only steeped in history but retains visual impact through architecture and colour.”