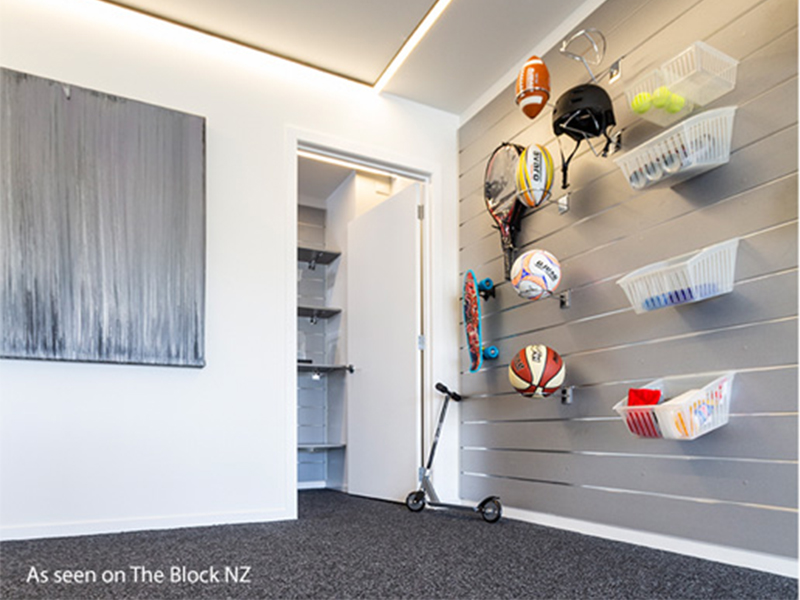 Last Sunday on The Block NZ, maybe the most challenging rooms were revealed – the garages. The spaces created by the teams were anything but boring, from a clever plywood design to sacrificing storage to create a sunshine yellow multi-purpose room.

Ben and Tom’s clean, well finished and well thought-out garage offered up a lot of storage options. The judges loved that the space was carpeted and thought the garage doors were a really good choice.

Judge Jason Bonham thought the LED light feature was nicely done and felt it was good to see so much storage - a crucial part of modern townhouses; the boys have maximised their options.

Overall, it was very functional, very versatile and any family would be super-happy to have it as their garage. The walls are painted in Resene Half Sea Fog. 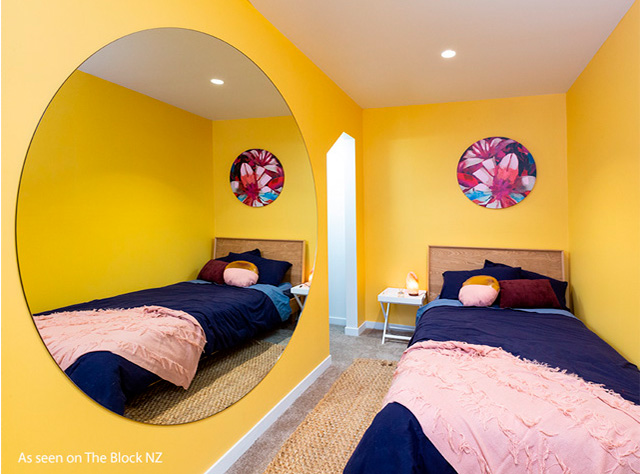 Claire and Agni took an unexpected step by converting some of the garage space into a multi-purpose room, and painting it bright yellow Resene Bardot. The judges said it was a ballsy move to sacrifice all the storage space for another room and it will be interesting to see what the buyers think of it on auction night.

The judges felt it was great to see some colour in the garage, painted in Resene Astronaut. They liked the choice of pegboard and how it was used on the entire wall along with shelving and hooks for storage. 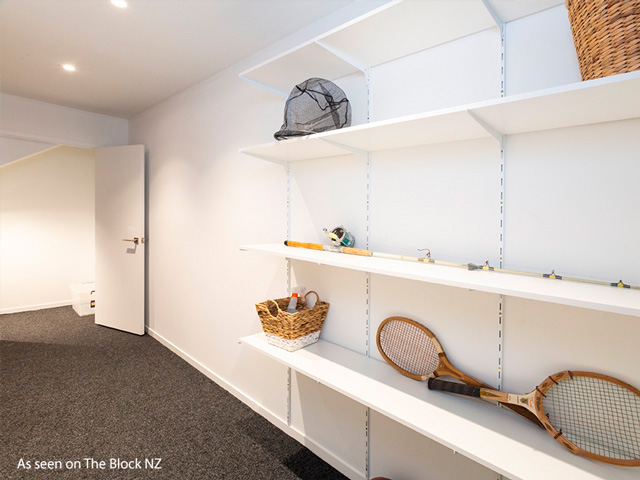 While the judges were impressed that Chlo and Em had added a workbench, they thought the empty wall in the garage was a missed opportunity for storage and that the resulting space was ‘pretty basic’.

Jason said there wasn’t a lot of accessorising to talk about but he did love the calendar. It was cute and gave the judges a good giggle. Overall the judges felt that it was obvious that the girls were saving their pennies for another week but expected more effort at this stage of the competition. 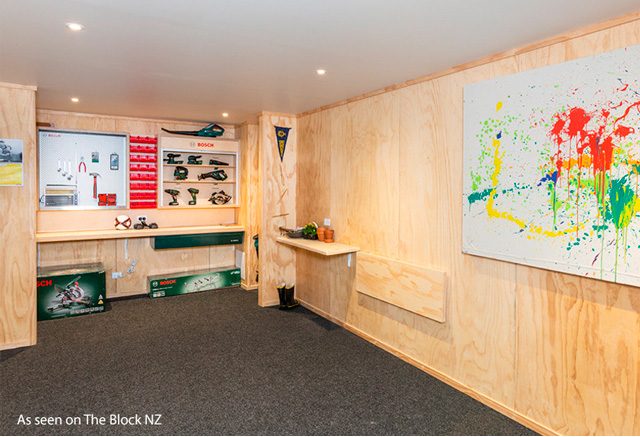 Amy and Stu lined the garage in plywood and incporporated the Bosch Ultimate Tool Wall, won in the Animal Antics Challenge – a real selling point, said the judges. Judge Kristina Rapley loved the plywood panelling, which was protected in Resene Aquaclear, saying it added real character, warmth and a hard-wearing factor to the space.

The fold-out work benches, dual purpose and practicality caught the judge’s eye and they thought the decision to have the separate storage area through the laundry was clever.

Overall, the judges felt it was a practical and well accessorised space.