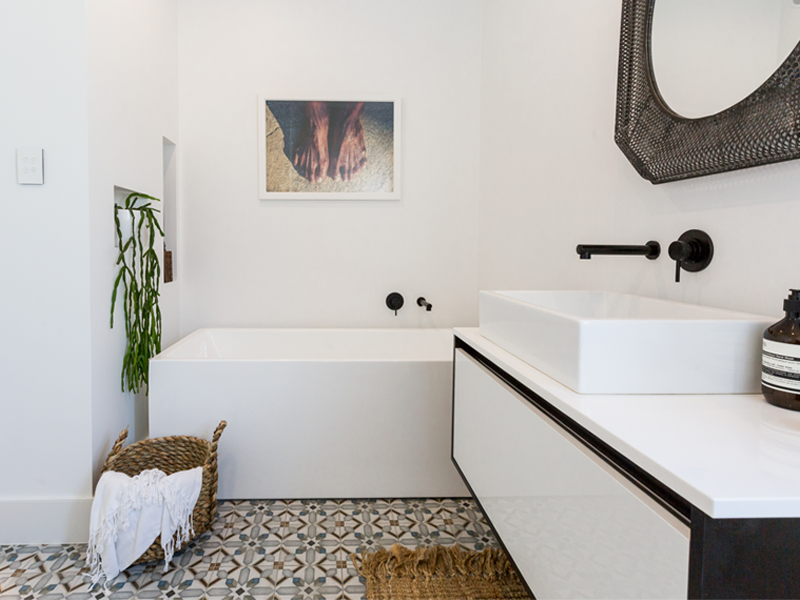 The Block NZ – Blissful bathrooms... and a lesson in grouting

Week three has wrapped for TV3's The Block NZ: Girls Vs Boys, with teams revealing their bathrooms (and putting their grouting skills to the test!).

Teams were given a brief of "cool, calm and natural" that translated into neutral colour palettes, luxurious free-standing tubs and plenty of tiling across all teams' designs.

Here's a look at the details. 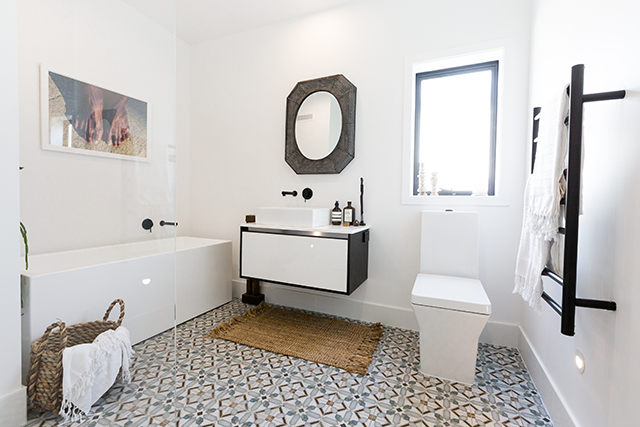 We've now come to expect a certain style from Niki and Tiff. Stark white walls, industrial hardware, tribal-style homewares – they know how to weave these styles together in a beautiful way. And so this week, it was no surprise when a similar interior scheme was created, this time with the addition of stylish, patterned flooring.

The judges had great things to say about the bathroom, noting its fine line between fashion and function, and felt the team did a great job of tying all the basics (basin, bath and toilet) together into a modern, clean look. They also loved the Bluetooth speakers that played tranquil music as they entered, utilising modern technology in a non-intrusive way. They were so impressed, that this week Niki and Tiff received their second win for a room reveal. 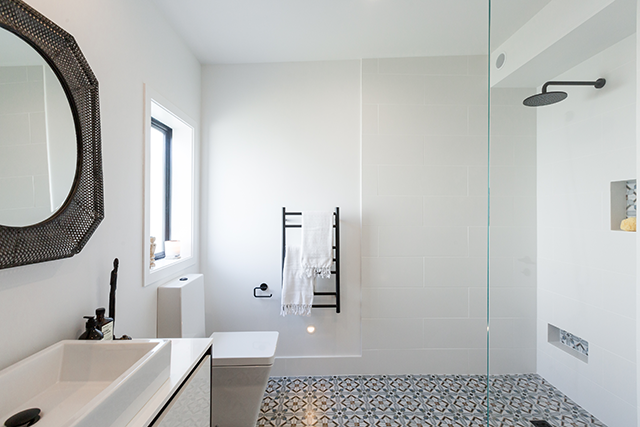 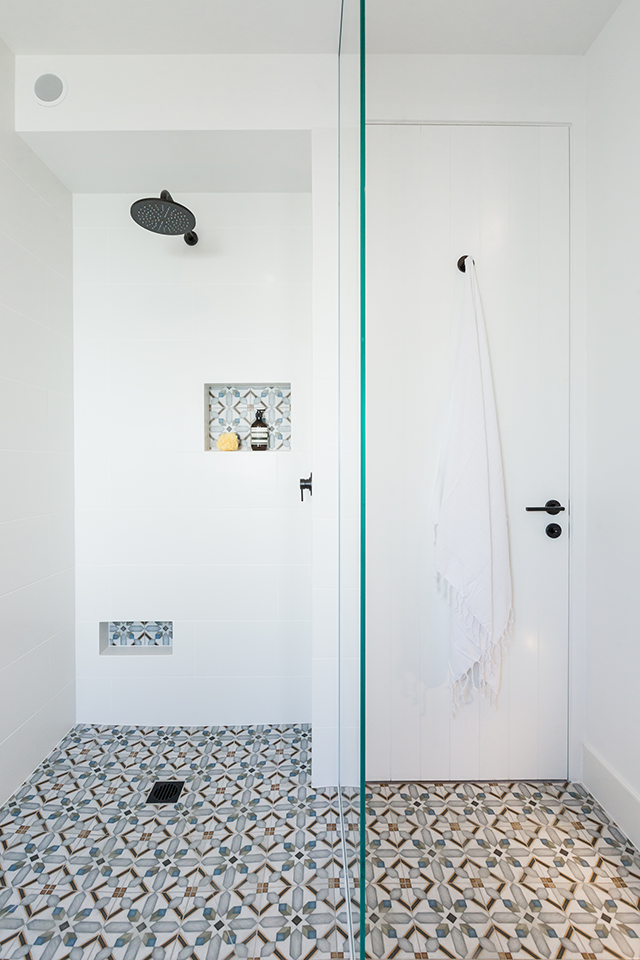 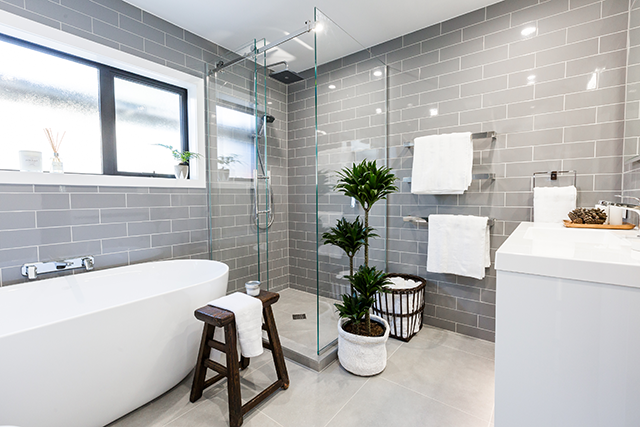 Sam and Emmett seemed to take the "cool" of the brief a bit too literally. However, judges thought their bathroom was user-friendly and practical... if a little corporate.

Little things like the bath and toilet sitting too close together, and wall and floor tiles not quite working together, let them down but judges were impressed with the very high standard of the tiling.

Sam's advice for grouting? "It's pretty easy. As long as you can butter a piece of bread it's basically the same thing." Sound advice! 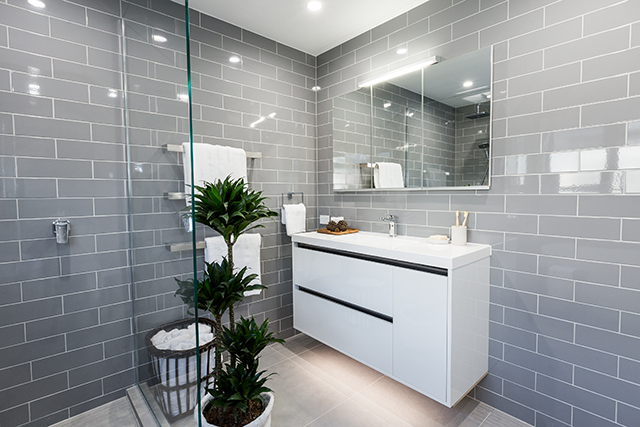 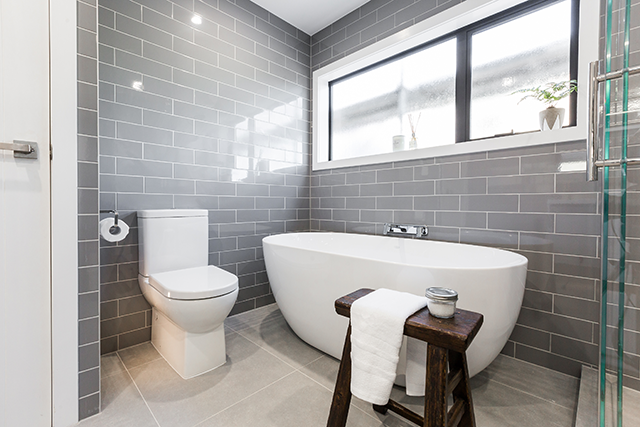 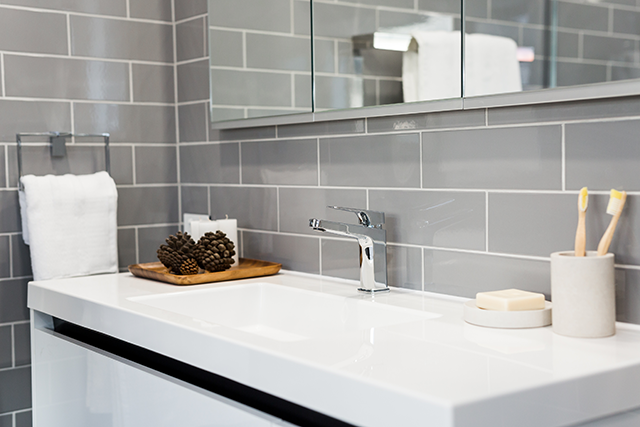 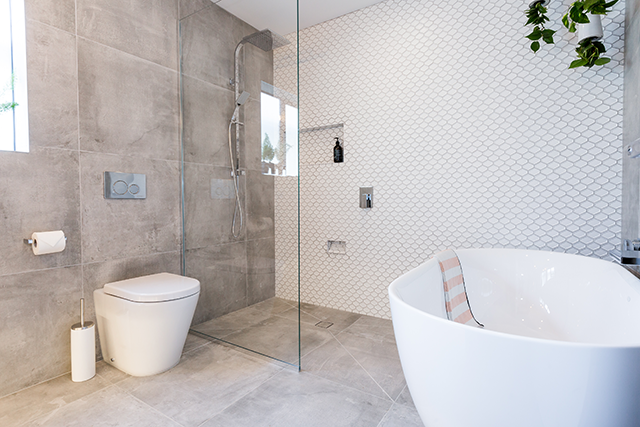 Soft, romantic and almost like stepping into the pages of an interiors magazine, Emma and Courtney's bathroom is somewhere many of us would gladly bliss out.

The honeycomb tiling and concrete tiles are right on trend, while the brass pendant lighting warms the place up. Waterfall taps soothe as you sit in the bath, with a view of hanging plants above. There's even a foothold in the shower for when it comes time to shave your legs.

A brilliant look but unfortunately bad execution let them down in some parts, including the grouting. However, judges commended them on a great job overall. 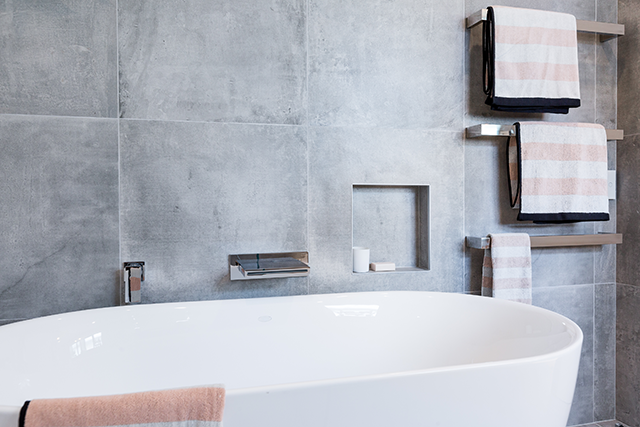 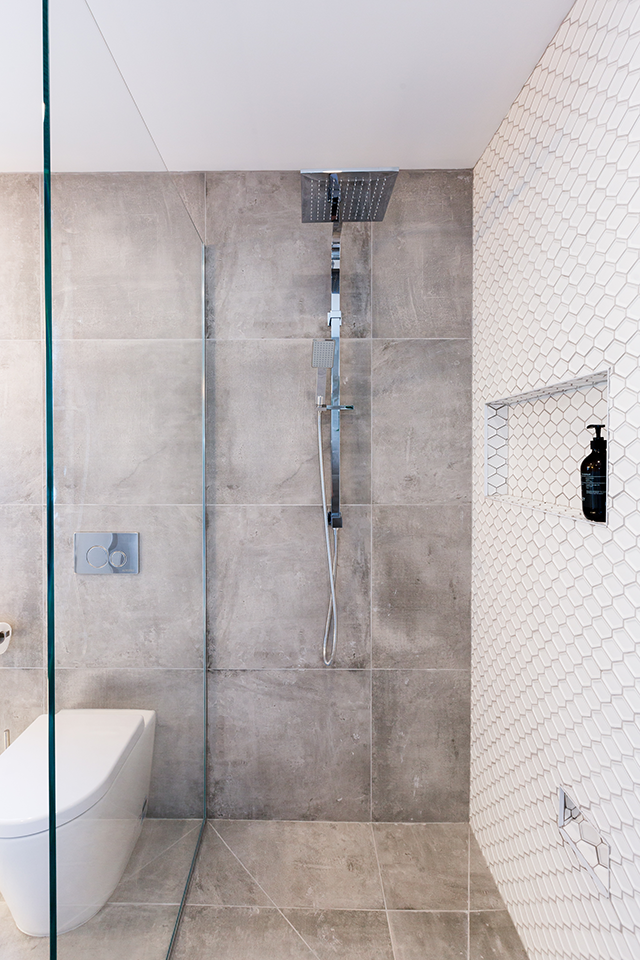 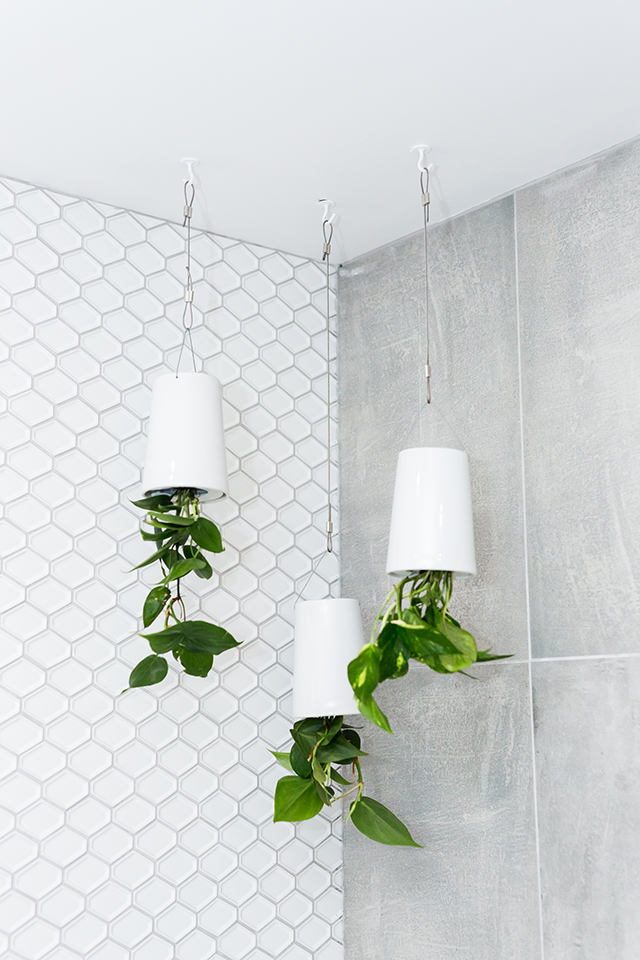 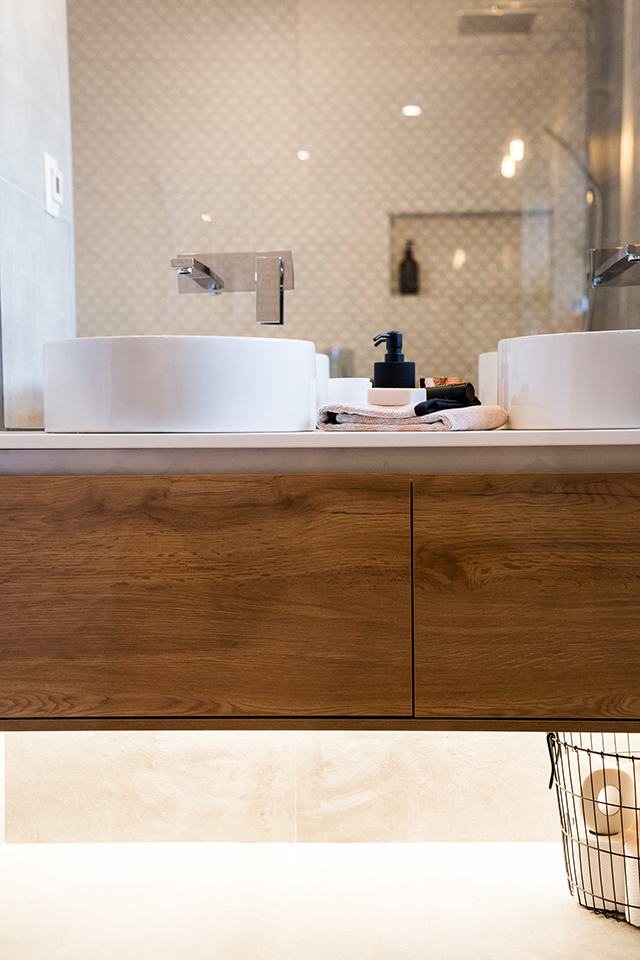 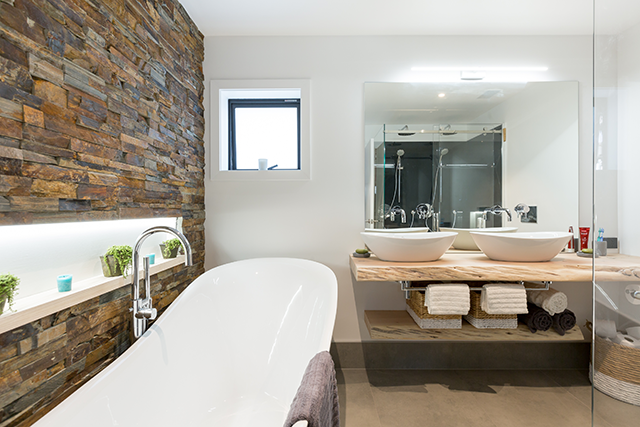 It's never good when you open a door into a room, and it slams into glass. This was the first impression for judges when walking into Dyls and Dylz Alpine-inspired bathroom – the boys seemed to pack all they could into the tight space.

It was evident that they had great ideas, but a double vanity, double shower and large bath were a reminder that spatial awareness is an important tool.

Although there were nice features, including a beautiful rustic wooden benchtop, too many ideas in one room let them down, earning them a disappointing score. 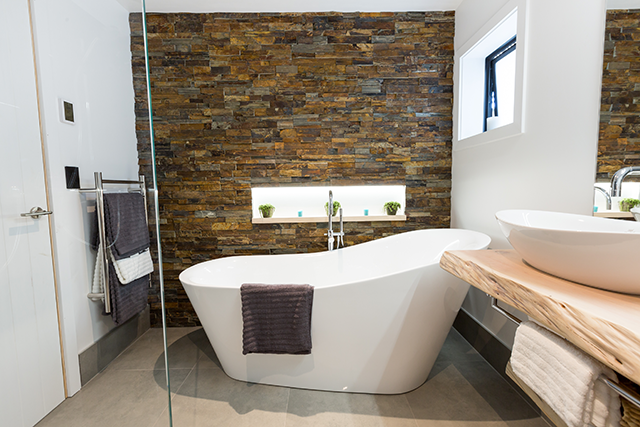 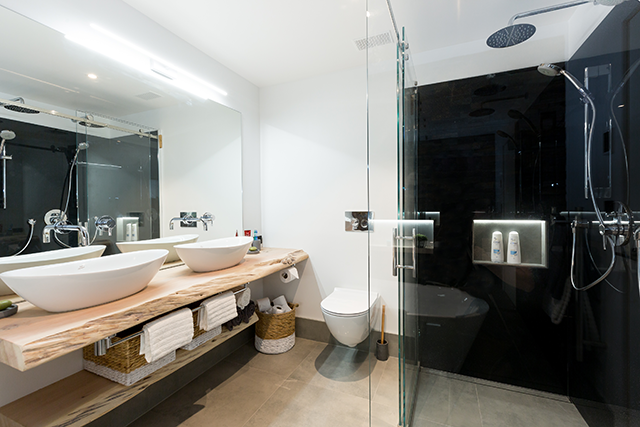 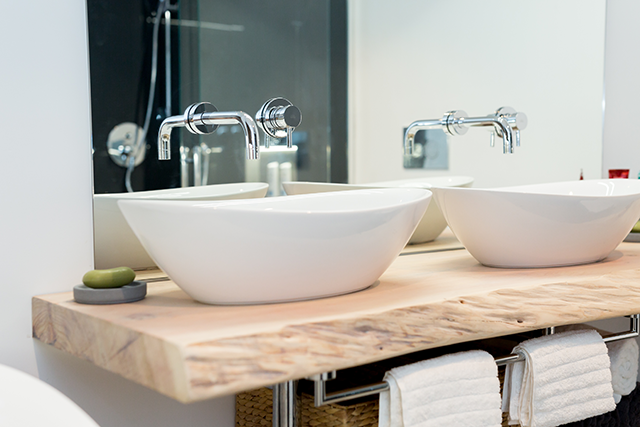