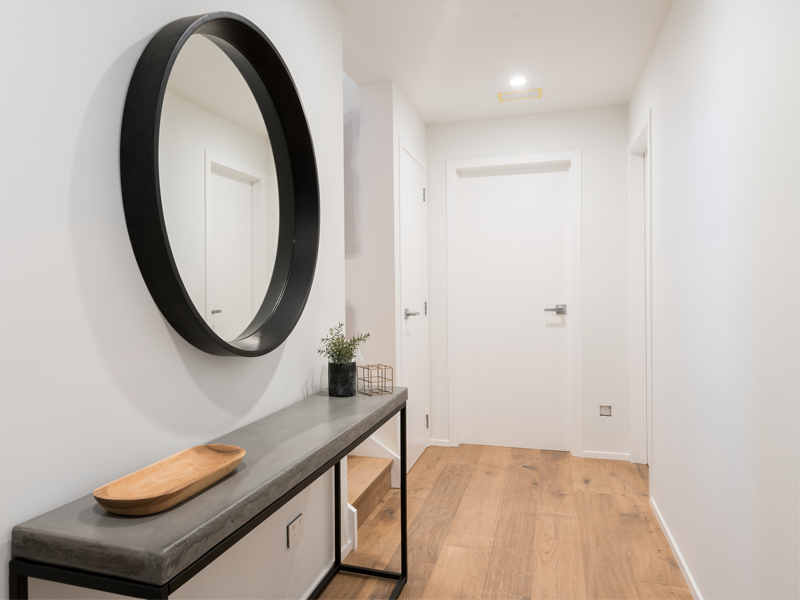 Why is the front entrance and stairs so important in a home? Usually, it's because it's the first moment someone sees inside your home and gets a feel for your interior style.

And so front entrance and stairs week was important for the teams on TV3's The Block NZ: Girls Vs Boys to nail, if they want buyers to fall in love with their homes at first sight when it comes time for open homes. Let's see what the judges thought. 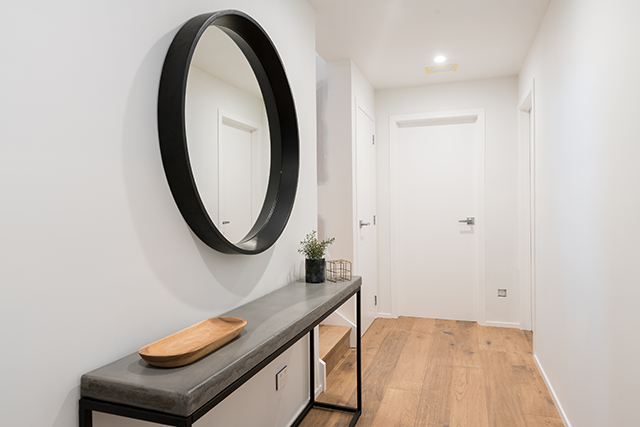 It was a great end to the week for Emma and Courtney, who won their first room reveal!

The girls set up their front entrance with an oversized mirror, warm wooden floors and tidy styling. Judges were impressed with the choice of timber used for the stairs, which they said gave it a real quality feel.

One of the judges liked the overhanging top tread on the stairs so much that he may steal the idea for future jobs.

The beautiful art at the top of the stairs also impressed the judges, who called it a welcoming statement piece. 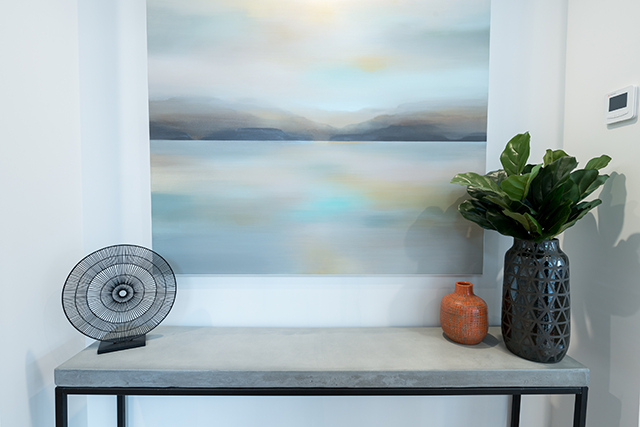 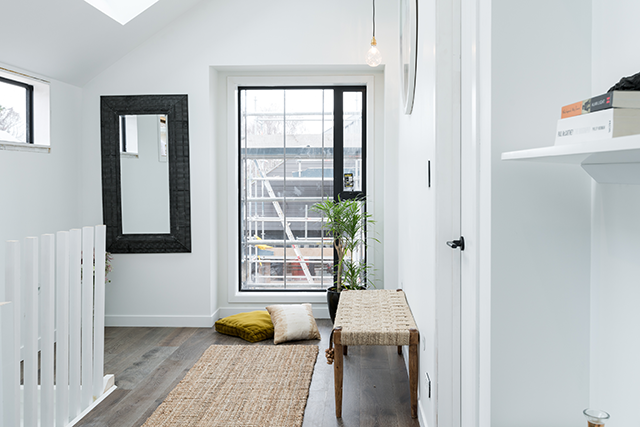 Niki and Tiff's entranceway and staircase ties in perfectly with the girls' overall look throughout their house.

With stark white stairs and balustrades, the judges loved the contrast it had with the mid-tones of the wooden flooring. They also liked how the girls played with the height of the upstairs space, installing floor to ceiling shelves.

The girls' styling is always a highlight, and they were praised for the runway lighting up the stairs, a circular art piece that softened the room, and the tongue and groove doors.

The judges thought the upstairs nook could do with a few cosy chairs, instead of the pillows on the floor, but overall they were impressed. 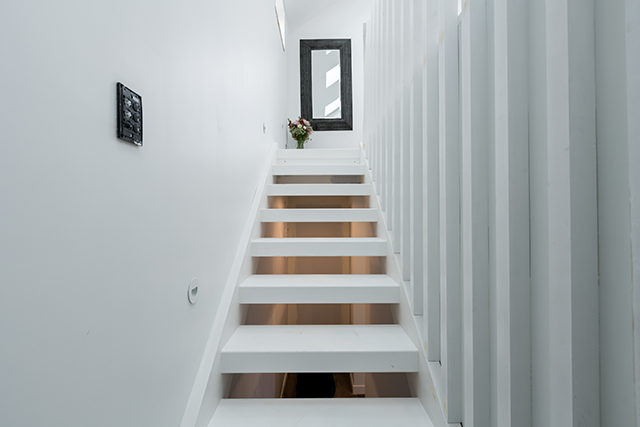 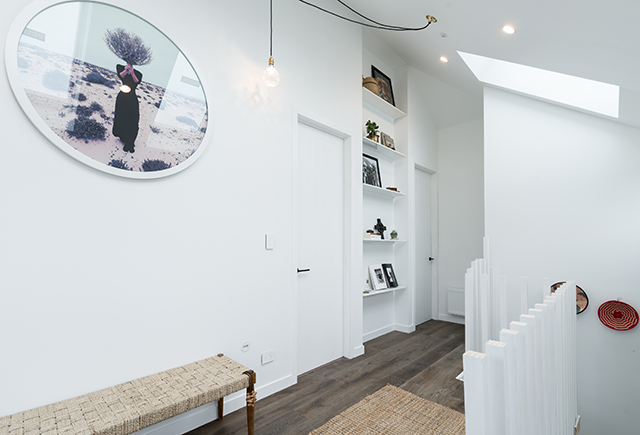 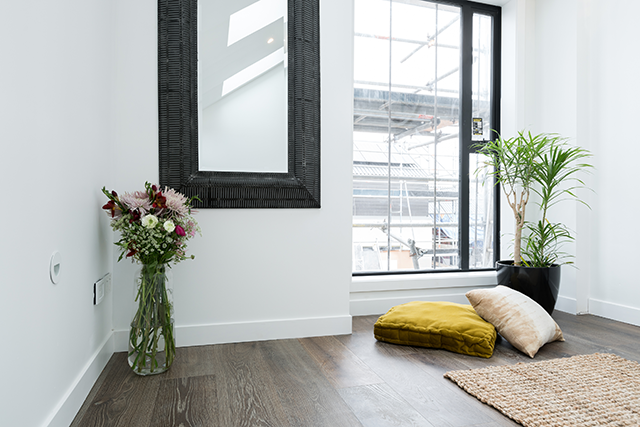 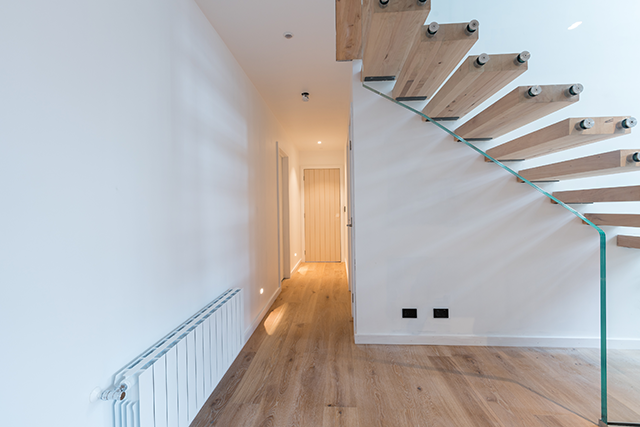 Dyls and Dylz thought outside the square this week, pushing for a floating staircase – the judges thought it was a unique design consideration and nailed the brief.

Unfortunately, the boys weren't able to finish the landing and it lacked a hand rail, which disappointed the judges. The lighting at the top of the staircase was also a bit of an underwhelming statement for one of the judges.

Although they didn't win the reveal, they were given kudos for coming up with some actual design elements, and the judges said they had achieved a great job. 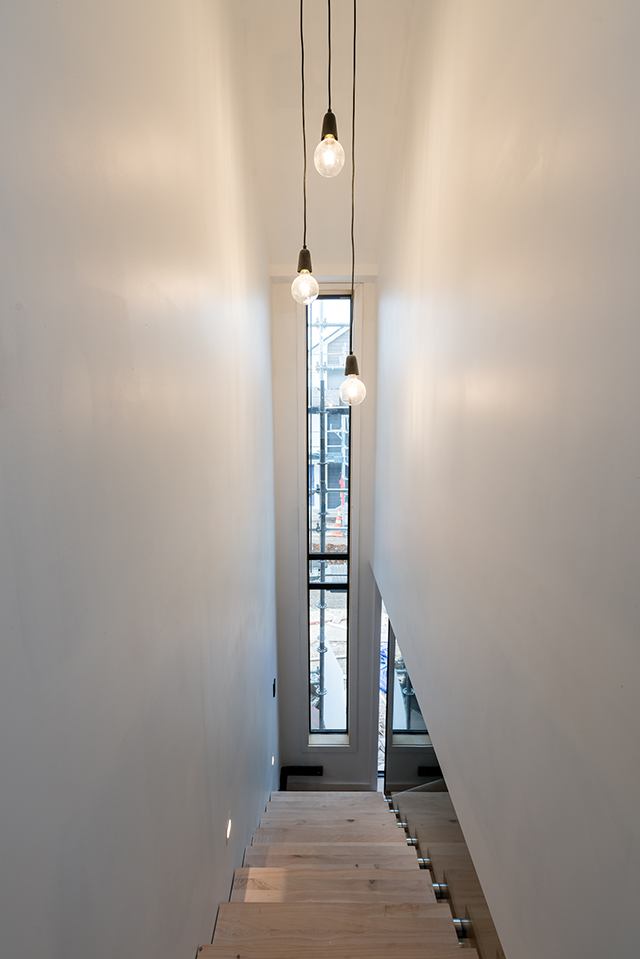 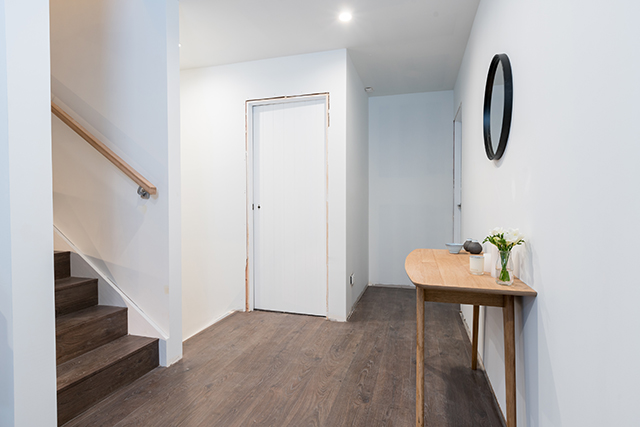 Poor execution was Sam and Emmett's downfall this week.

Despite using clever design details, such as a wine cellar under the stairs, the judges found it hard to look past the unfinished paint job and missing trims and architraves.

They did, however, like the choice of pinhole lighting up the stairs and thought the red door would be considered lucky for some buyers. The gorgeous natural light also accentuated the tall ceiling, a plus in their books.

Sadly, though, the judges felt that the boys delivered a pretty uninspiring room reveal. 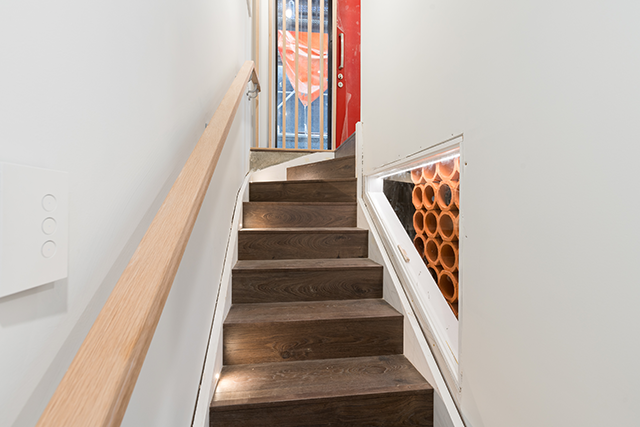