The Block NZ – Guest bedrooms get their reveal

A month in of TV3's The Block NZ: Girls Vs Boys, and we've seen blown budgets, high emotions and tension between teams. But at the end of the day – or week, rather – it all comes down to the room reveals. This time around, all eyes were on the guest bedroom. The brief was to create a contemporary room, complete with a nifty, custom headboard. 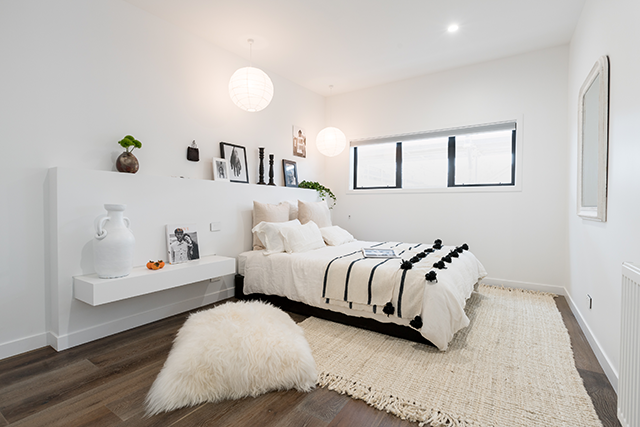 Sticking to the palette of the rest of the home, Niki and Tiff's bedroom is based around a New York City loft, while bringing in an ethnic vibe.

The mantelpiece-style custom headboard brings in shapes and texture to the room, while the off-white and beige linen and monochrome accessories tie perfectly together – one of the judges especially liked the sheepskin cushion on the floor.

The judges said the casually sophisticated room was hard to fault and, in turn, the team was given the highest score for the week. 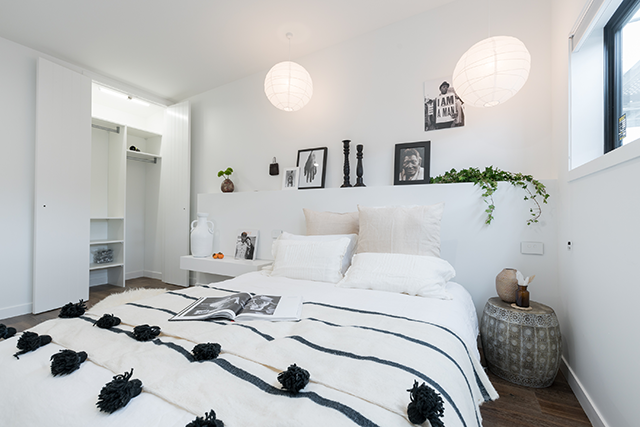 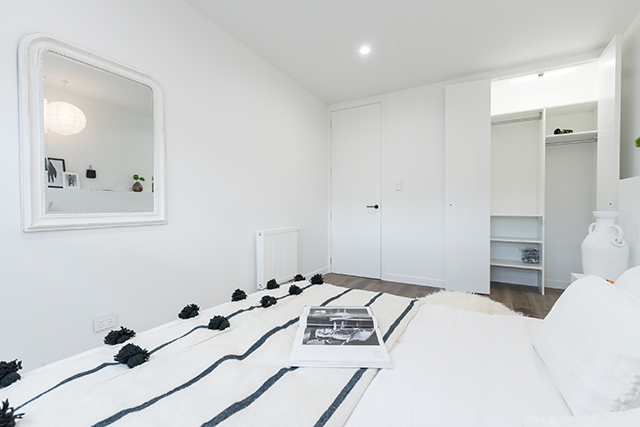 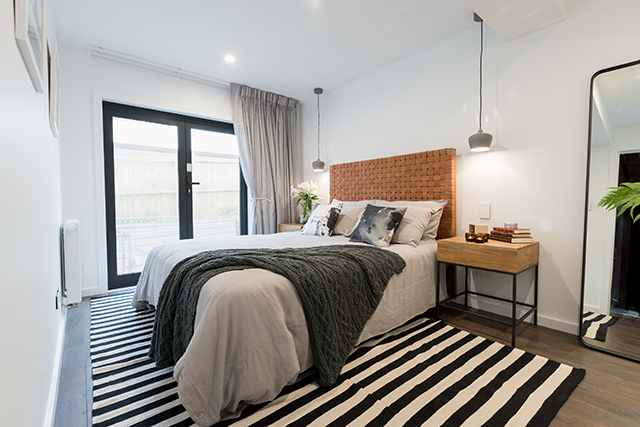 This was the second attempt at a guest bedroom for Sam and Emmett, whose disappointing room reveal for the fifth house earned them a low score from judges. But this time around, the judges thought their guest bedroom was "fantastic!".

The boys took an intelligent approach to designing the space, with a nook especially to place your suitcase in the walk-in wardrobe and simple, sophisticated styling throughout the room.

The judges were amazed by the craftsmanship of the leather woven headboard, and also thought the French doors leading into the garden were a nice touch. 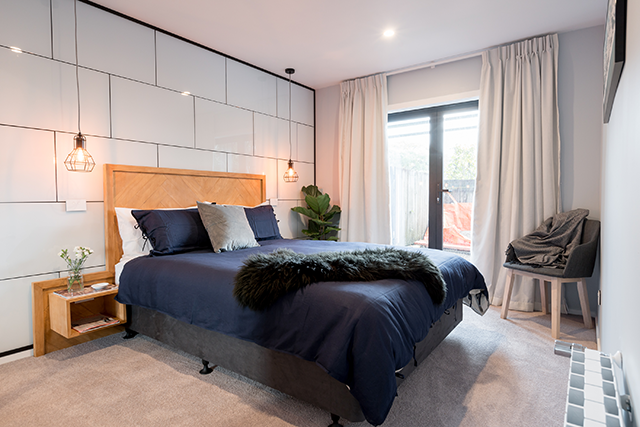 Emma and Courtney decided to take a risk this week, installing a white glass panel wall behind their herringbone headboard. But, unfortunately a risk is a risk – and this time it didn't quite work out for them.

Judges thought the headboard was on point but found the glass tiling behind it to be out of place in a bedroom – the effect would look better in a bathroom or kitchen, they said.

However, they were excited that the girls thought outside of the box and didn't want to discourage them from taking risk in the future, with advice to consider next time how materials can change a room. 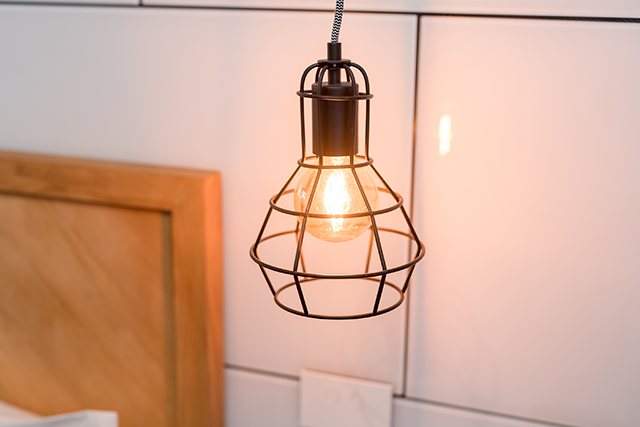 For their guest bedroom, Dyls and Dylz had in mind an inner-city escape for the guest bedroom, within keeping of their rustic style to match other finished rooms.

And for this challenge, Dyls was able to work with one of his favourite materials, macrocarpa, to custom make a floor to ceiling headboard.

Judges appreciated that the boys thought about ambiance, adding framed sunset photographs on the wall and incense burning above the bed. They also thought the suspended lighting was on point.

They also noted an improvement to last week's bathroom reveal, with a more pared back approach this time. The judges did, however, think the rustic styling was much more suited to a beach house rather than a town house. 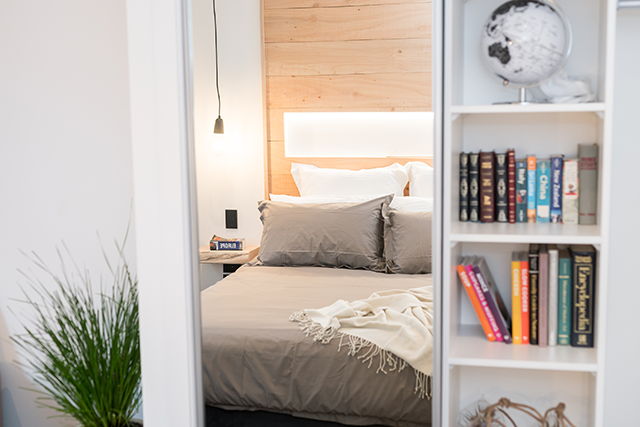