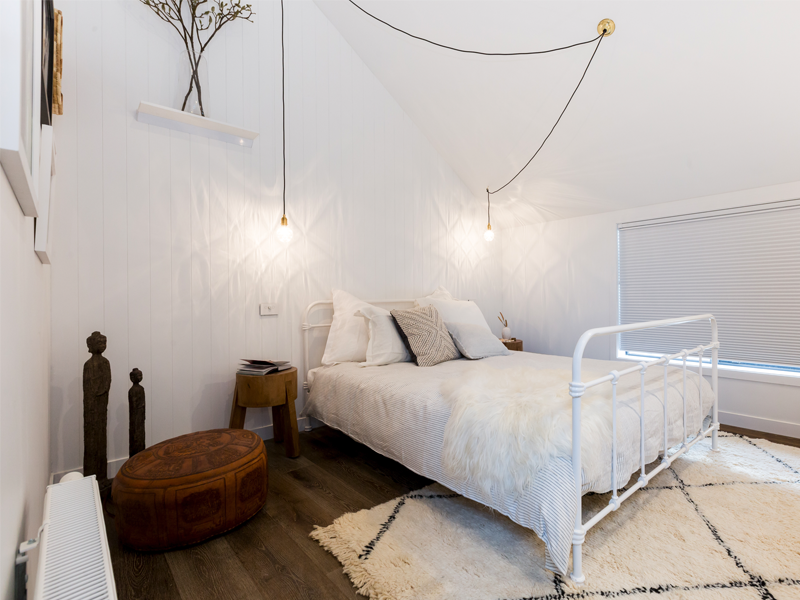 Perhaps one of the most important rooms of the house for homeowners, a sanctuary of sorts, the master bedroom was the latest room reveal for the teams on TV3's The Block NZ: Girls Vs Boys.

Judges asked for a calming, restful space with an improved palette, with colour or texture on a feature wall. The brief also called for an ensuite, which meant... a double room reveal! The pressure was on. Let's see how the teams did. Last week, the judges were less than impressed with Niki and Tiff's lighting in their living room.

This week, they nailed it.

The effect of the simple and stylish hanging lights against the white tongue and groove feature wall hit judges straight away. They were also impressed by the girls' eye for design, with the room being a mixture of timber, tribal and ethnic finishes, and the 'old school' metal bed had the right balance of vintage and contemporary.

The character-filled bedroom won the girls first place in the week six room reveal, despite a few issues such as no drawers and lack of hardware for the wardrobe.

Into the ensuite, the judges loved the brick tile as a continuation of the New York loft style throughout the home, which is also a great way to include texture. And the decision to have a shower head and slider would be a hit for buyers, they said. 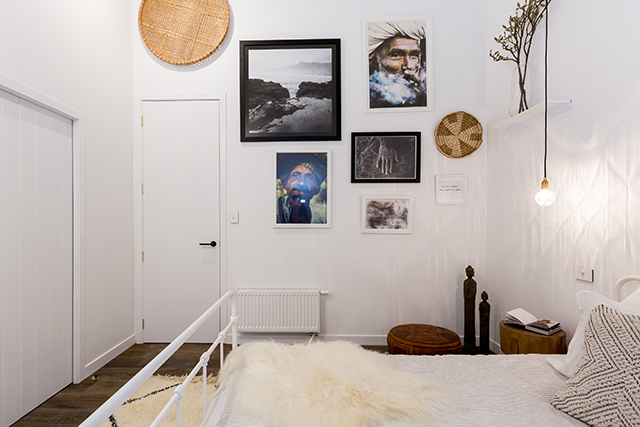 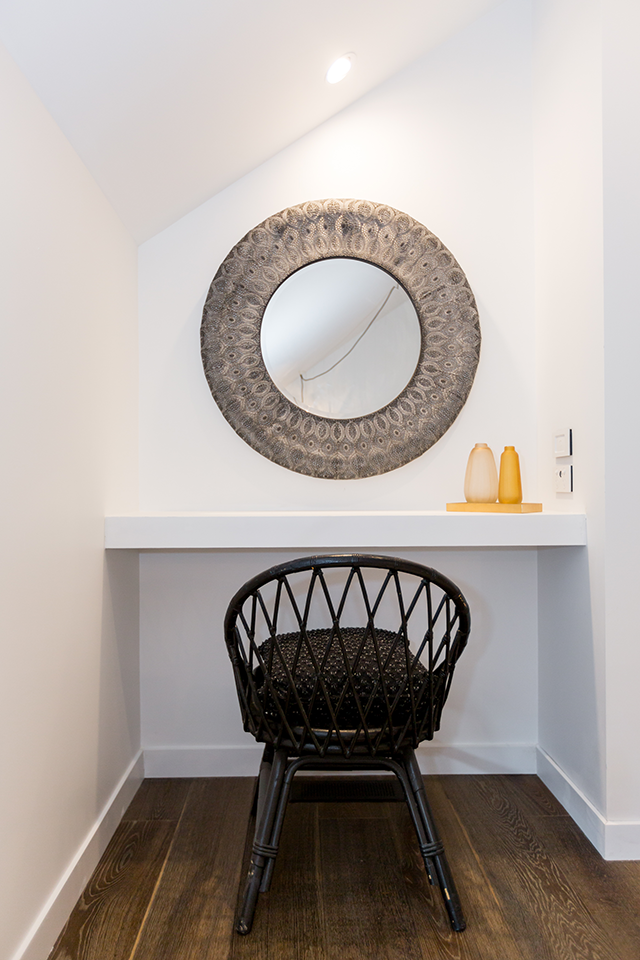 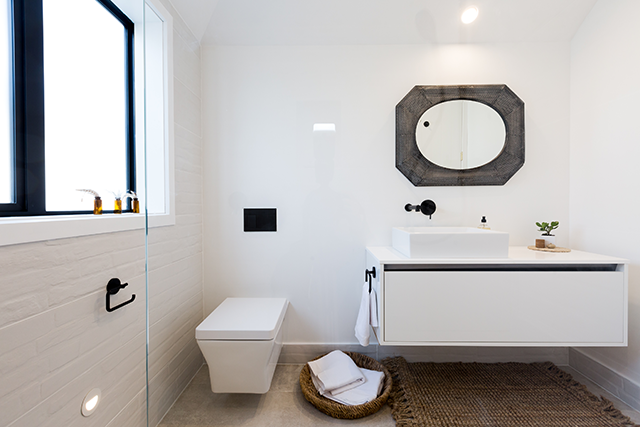 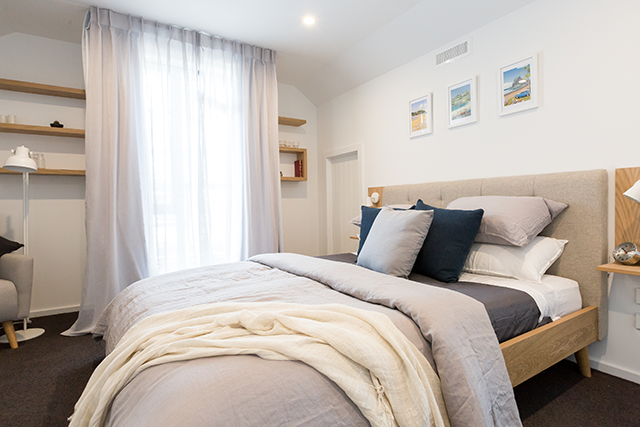 Sam and Emmett were ready to throw in the towel last week, after forgetting to turn on the heaters – meaning that their waterproofing was delayed.

They forged ahead, and judges were impressed, saying that the boys did a really nice job on the space planning – it looks like a master bedroom should be.

They also thought the colour palette was well-balanced, with the carpets, drapes and bed linen all hitting the mark for a calm and relaxing bedroom.

Both judges liked the wardrobe and thought Sam and Emmett had made awesome use of the 'his and her' railings. It was well-laid out and functional, they said.

They agreed that the ensuite was a good size and thought the bronze finish in the tapware really warmed up the room. Despite it not having a door, they said it was a great combo of a master bedroom, walk-in wardrobe and ensuite.

There was a bit of a gripe about the grubby walls and mess on the carpet, but overall both judges were impressed with the lovely warm palette and design elements. 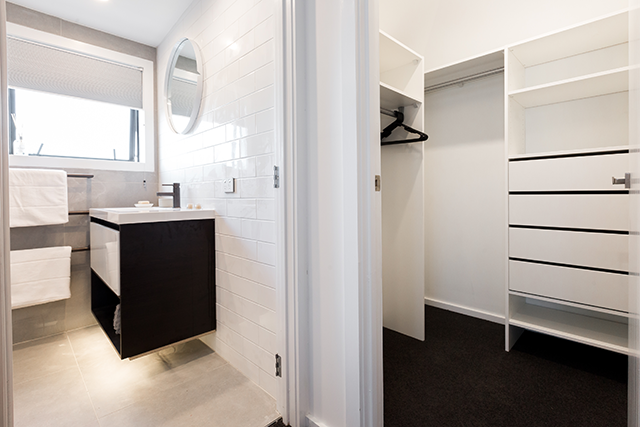 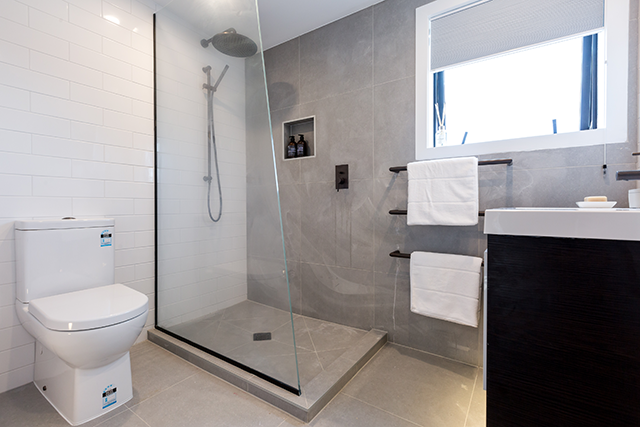 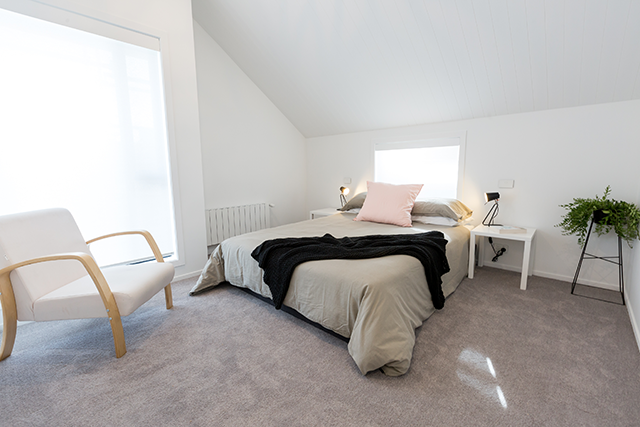 With money running out, their tiler having an accident before completing the job, and the girls struggling with their bedroom layout, it wasn't a great week for Emma and Courtney.

The judges acknowledged that it was a tricky room to furnish, but still thought the placement needed a lot more work.

They loved the David Trubridge light hanging above the bed and the tongue and groove ceiling, but otherwise thought the bedroom was average.

Placing the bed against the window was a real no-no and the judges were left wondering where the cushions on the bed and chair, as well as a side table for the chair, were. It felt cold and lacking in detail.

But not all hope was lost. The judges loved the ensuite.

Black tiling, a beautiful shower, and stylish shelf, judges said the Otago girls had really upped their game in this area. A missing toilet holder and low shower head didn't go unnoticed, though. 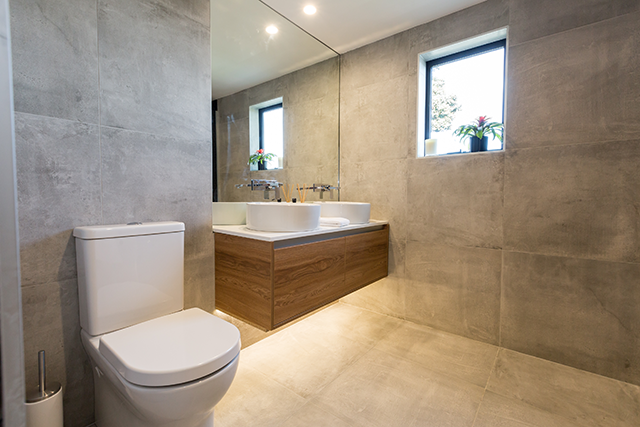 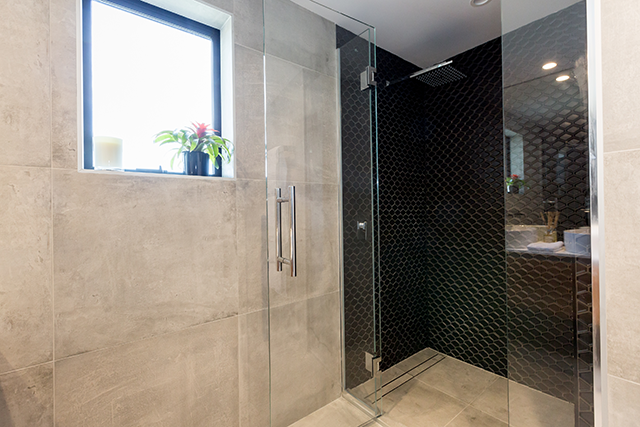 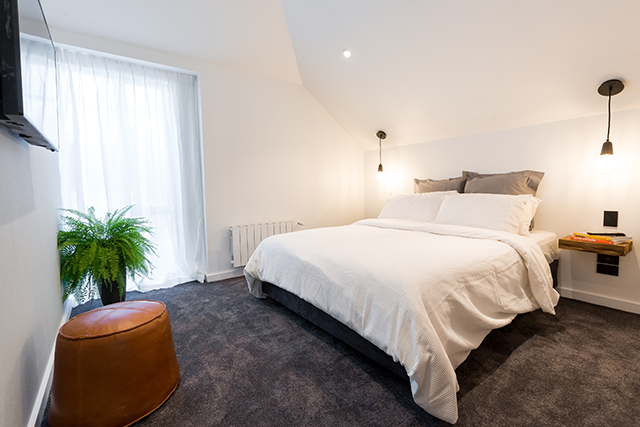 Stepping into the boys' bedroom, the judges thought it had a nice, calming colour palette and were pleased that they'd paid good attention to the brief with the textured and coloured wallpaper.

The black accent colours, such as the hanging lights, gave it a smart, stylish finish. They also liked that the lighting and barn door matched with downstairs.

But then there was the storage. Or rather, lack of. The wardrobe is tidy and comes with deep baskets to store clothes, but for a master bedroom, it doesn't seem enough. Judges thought a railing and drawers were necessary and sadly lacking from the bedroom.

Onto the ensuite, the boys were aware that their bathroom was small before they began – you couldn't swing a cat in it, remarked Dylz – and the judges appreciated that it was a tricky space in which to work. One of the judges said it felt cosy and they thought the vanity tied in well with the bedroom. Other than that, they thought it was plain and lacked any design elements. 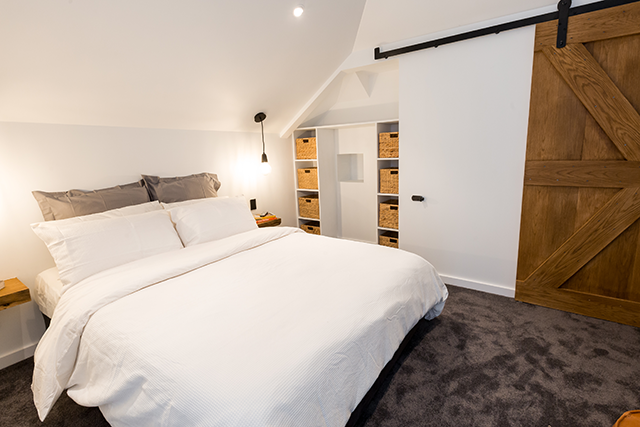 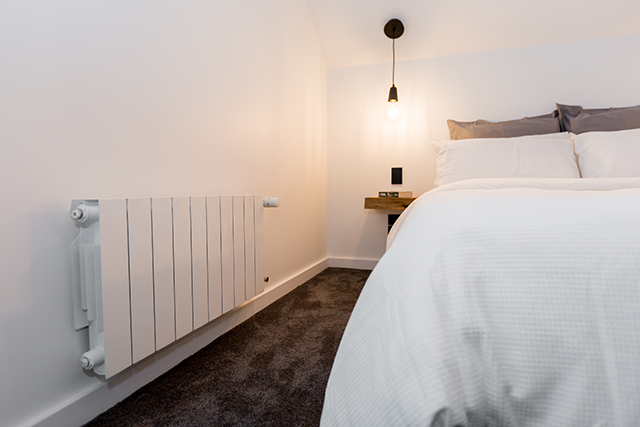