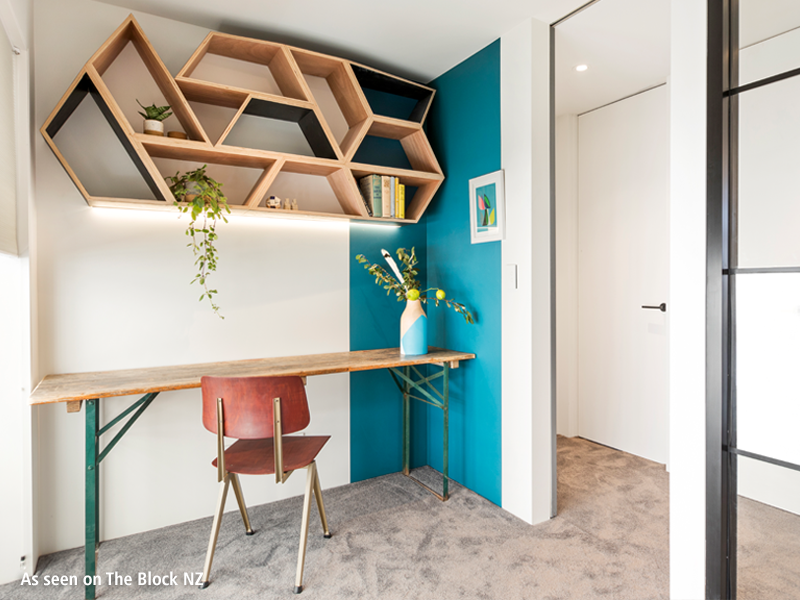 Last week, it was up to the teams of The Block NZ to impress judges by creating their own brief in the Blank Canvas challenge. From a minimalist bedroom to a colourful study, judges were once again faced with four very different looks. Who were the winners of this week’s room reveal? Ling and Zing had a tough week finishing this week’s room on time. The judges were surprised to see that they hadn't removed the carpet protector from the hallway; they thought that the boys must have given up. Otherwise, they said it was a dull and uninspiring bedroom. They thought the storage above the bed looked like kitchen cabinets and they didn't see the purpose of overhead lockers that couldn't be reached. Overall, the judges noted that week to week there doesn't seem to be an improvement by this team. The winner of this week's Blank Canvas challenge was Andy and Nate's light and bright study, finished with playful pops of colour. The team were applauded for their colour choices, taking a risk that paid off. The judges thought the soft chair, ottoman with brass legs and the wood of the desk with shelves gave the room a real layered feel. They also said that the glass wall created a really interesting, unexpected feature, which makes the hallway a much lighter space... and once again the finishing was done to a very high standard.

Get the look: Walls painted in Resene Eighth Thorndon Cream and Resene St Kilda. Vases and furniture from Freedom. The twins had a second chance at creating a bedroom for a six-year-old boy, after judges called their first go a disaster. This time around, they felt that Julia and Ali really hit the brief. The judges thought that the finishing was leaps and bounds ahead of where they were weeks ago, and that the bedroom would be easy to convert into a study... a plus for potential buyers.

Get the look: Walls painted in Resene White Linen and Resene Cutty Sark. Custom blinds and bed throw from Freedom. 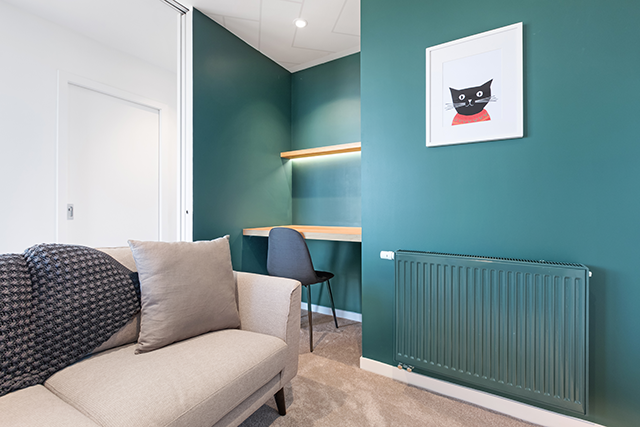 The judges thought that Stace and Yanita's media room was a very creative use of space... but it didn't really work. The television felt too close to the sofa, and their idea with the doors was a little claustrophobic. The judges did like the use of colour on the walls and thought it really livened up the space. Overall, they appreciated that the girls were trying to do something a little different – but while they hit the brief, the space just felt a little awkward.

Get the look: Walls painted in Resene Black White and Resene Palm Green. Furniture and art frame from Freedom.