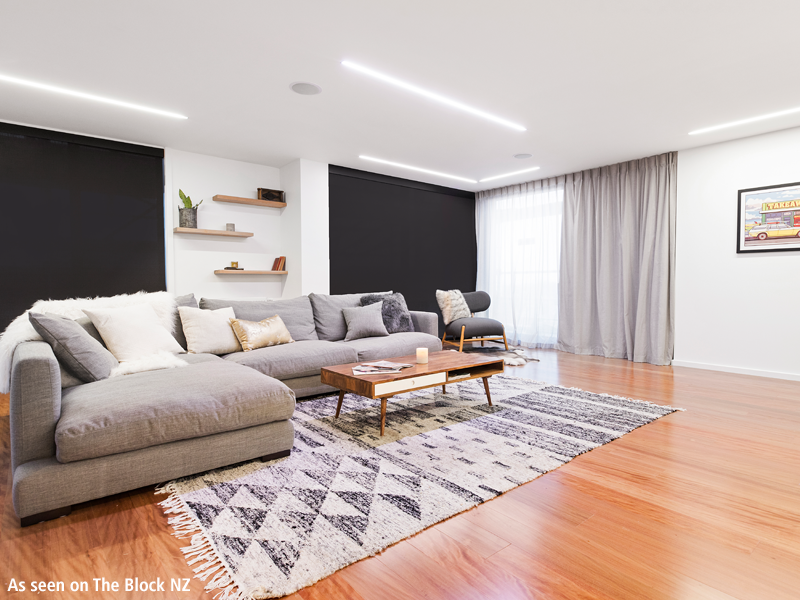 The Block NZ recap: No lounging around

There was no lounging around for The Block NZ teams last week, as they scrambled to finish their living rooms before room reveal – on top of competing in dinner wars. Here's what the teams revealed. 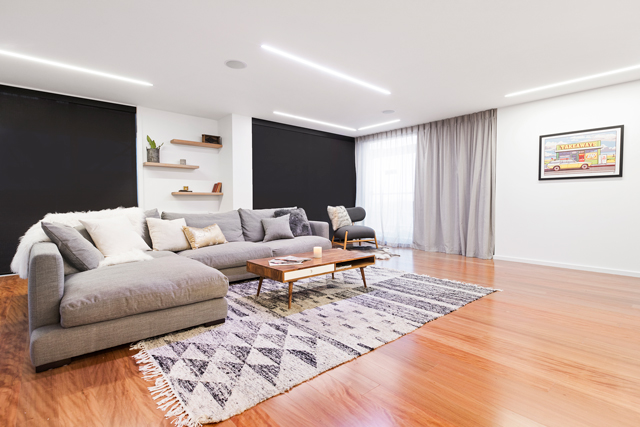 Ling and Zing did it once again, surprising the judges with their harmonious living room and creative LED lighting. The judges also loved how the position of the sofa really connected the space to the kitchen and views of Rangitoto Island.

However, they thought their choice of the reindeer skin and the distressed gold print cushion as textures were both pretty obvious. They also didn't think the custom design wooden shelves were super creative.

Overall, the judges said that the space was simple but inoffensive, and a pleasant space to be in – it will be attractive to potential buyers with the views to the city and Rangitoto. 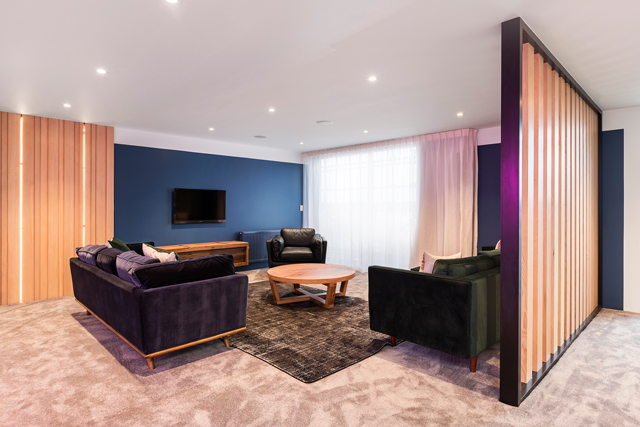 Although the judges could see all the effort put into their feature piece, their first thought when entering the room was: "Why is there a bed-frame in the living room?"

Jason thought the TV cabinet looked like a cheap coffin and the coffee table made the room feel a little heavy.

Other than that, they said it was tick and tick for their choices of velvet and leather as their on trend textures. And once again it was good to see the colour blocking theme, tying in nicely with the beautiful blue sofa.

The plush carpet was a good choice for the living room... a point of difference from the other houses.

Overall, they said it was great to see that Andy and Nate had thought outside the box, but it felt a little bit like a commercial space as opposed to a residential one.

Sofa and rug from Freedom. 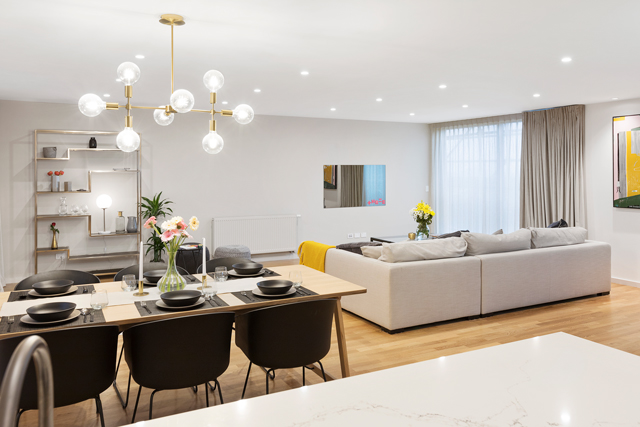 The judges felt the twins' living room was luxurious and coordinated, but wished that Julia and Ali had been a bit bolder with their colour choice for their living room walls.

As for the coffee table, the judges thought that was a big win, and were really impressed that Julia and Ali had welded the table themselves.

The sofa was also a good choice and having the ottomans was a nice idea for extra seating. They praised Julia and Ali for creating a family atmosphere with the toy accessories.

The judges were happy with the shelving units, as the metal texture worked well with the wood and the glass, adding another dimension to the space.

Overall, they said Julia and Ali had chosen their furnishings well, but it was all just a little too beige – they needed to be a bit bolder with their wall colour. 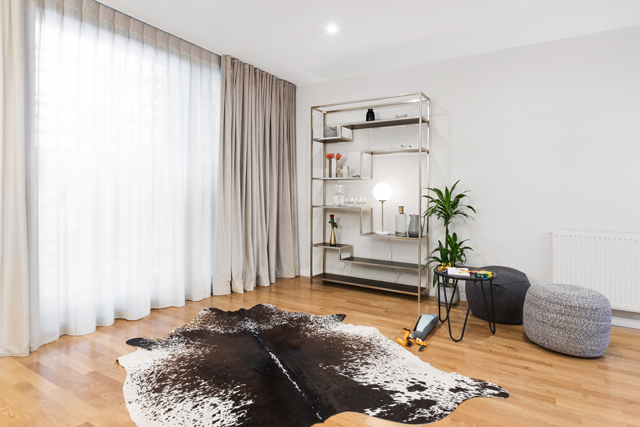 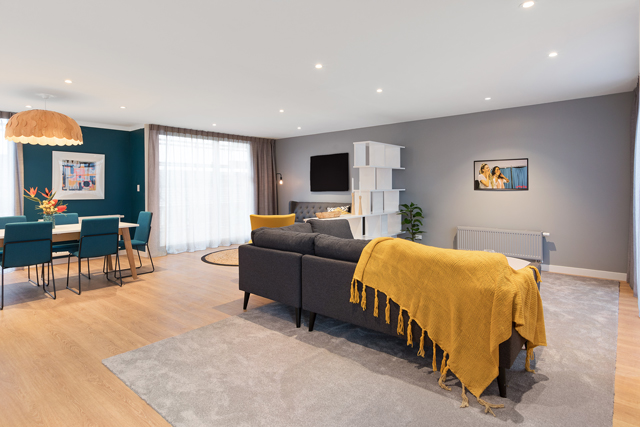 Although the judges initially liked that Stace and Yanita had created two separate areas for their living room, on closer inspection the layout just didn't work.

The furniture choices were great, but it felt a bit awkward – to get from the kitchen to the TV area, you have to walk all the way to the other side of the room.

The judges were shocked to find a linen cupboard in the living room, which is completely wrong for this level. And while it was great that they had used colour on the wall, the judges felt it needed to be lighter to add some contrast with the dark sofas and drapes.

Overall, they said that Stace and Yanita had played it too safe with their choices this week... and felt like they should've experimented with the furniture placement. 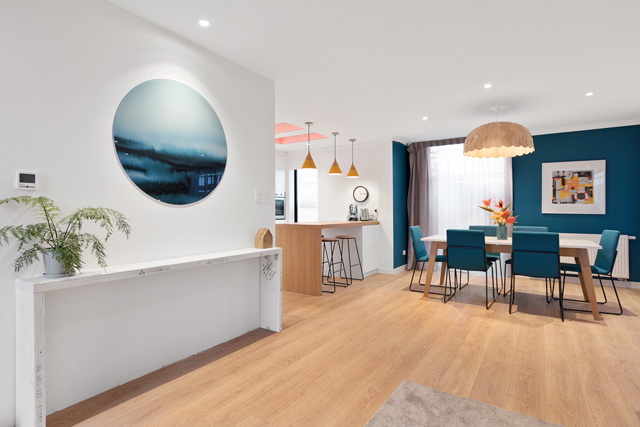