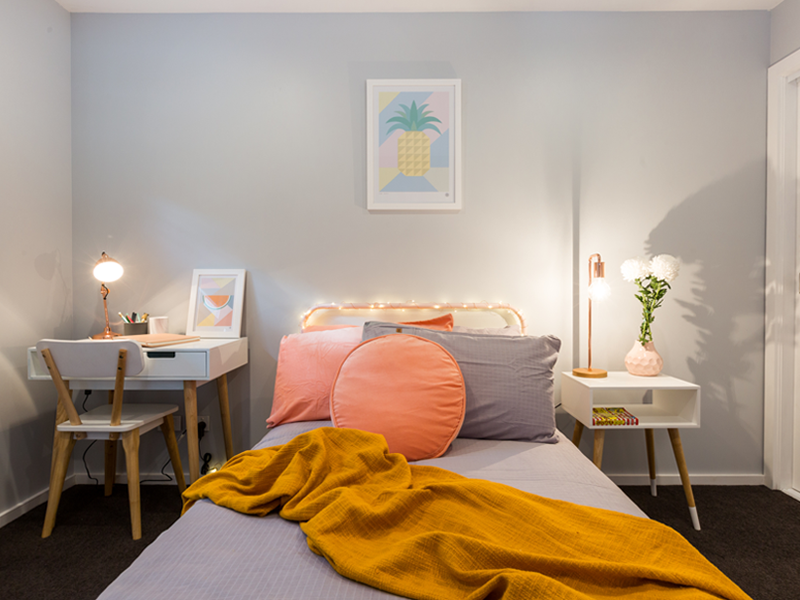 After the initiation of doing up the fifth house in TV3's The Block NZ: Girls Vs Boys, the teams got stuck into their own.

First up, a bedroom for a 10-year-old kid – the girls to design a boy's room and the boys to design a girl's room – a bold, fun room with no white walls. Let's see how they did. 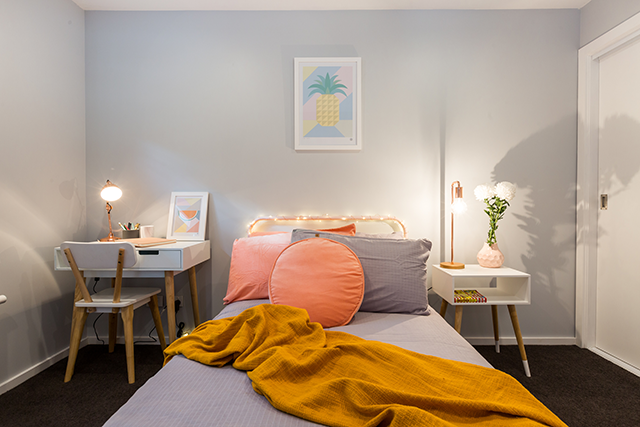 Earning both honours of most improved and this week's winning room reveal, the boys took on last week's advice from the judges and thought harder about their colour palette. Using Resene Half Duck Egg Blue on the walls, they chose on-trend accessories and colours, including copper fittings and a mustard throw, to accessorise the room. The LED lights around the bed frame also caught their eye. 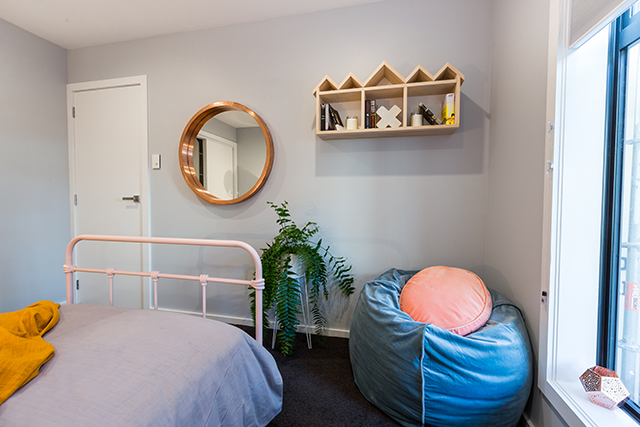 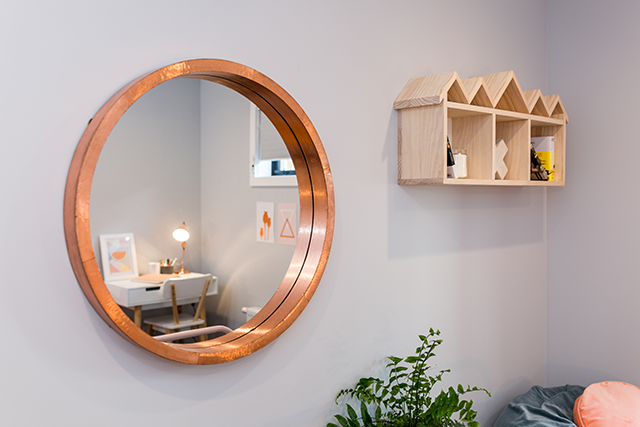 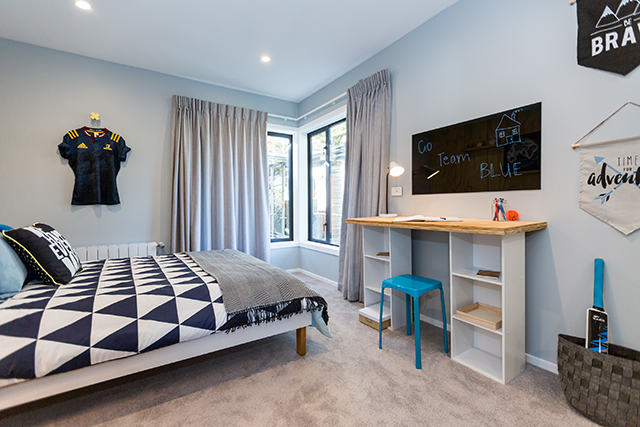 It's one lucky kid that moves into this sporty bedroom with a signed Highlanders jersey hanging on the wall (if they don't mind supporting Dunedin, that is!). Emma and Courtney delivered on the finer details, from a USB charger next to the bed to a glass writing board above the desk. The judges both agreed it was a room that all 10-year-old boys would love. 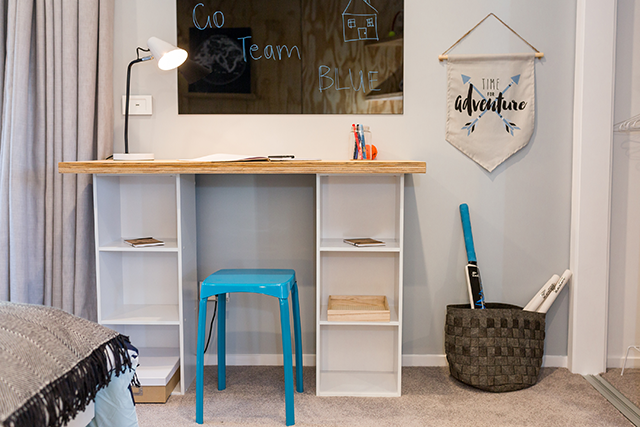 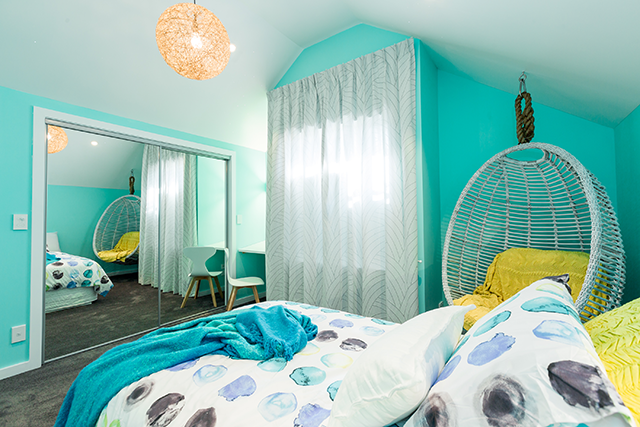 After walking into Dyls and Dylz girl's bedroom, judges felt like they were – in a lovely, tranquil way – in an aquarium. Resene Riptide is a bold blue and fitted the brief of a fun room perfectly. The lofted style of the ceiling also gives the room a real depth. The judges wished for more accessories, perhaps a shelf above the radiator, but felt it endearing that two builders had created this room for a little girl. 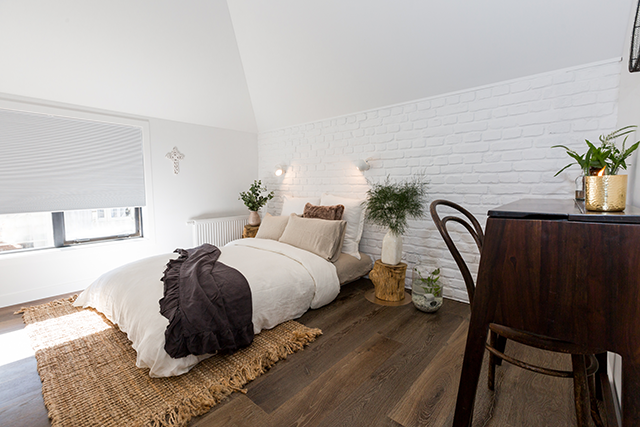 Sophisticated, stark, grown up – not fitting the brief at all, but it does show a consistent style for Niki and Tiff, whose earthy tribal-themed living room won the first room reveal. Judges thought it a shame the loft space wasn't utilised for a fun play area, with something as simple as a ladder and mattress. They did, however, remark on the beautiful brickwork feature, high vaulted ceiling and overall tasteful styling. 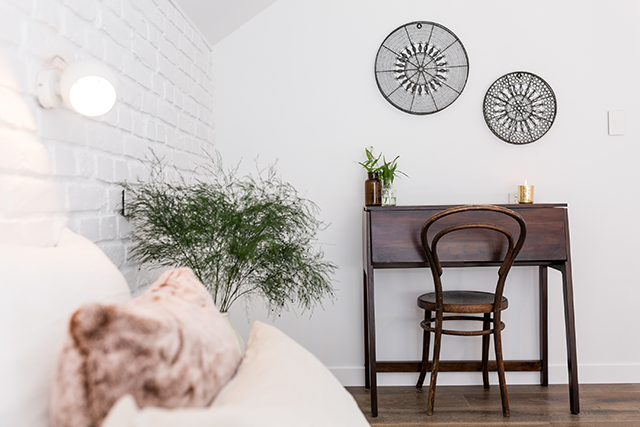