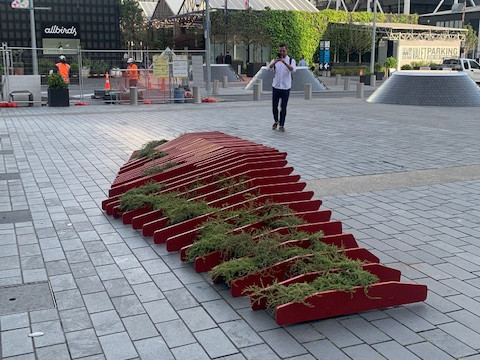 With an incredible weight of more than seven tonnes, the fourth design, Bioluminescence by Topsy Steele and Qiannan (Anna) Li, will be on display at Brick Bay in coming weeks – a cautionary move to avoid compromising the structural integrity of Britomart Station below. 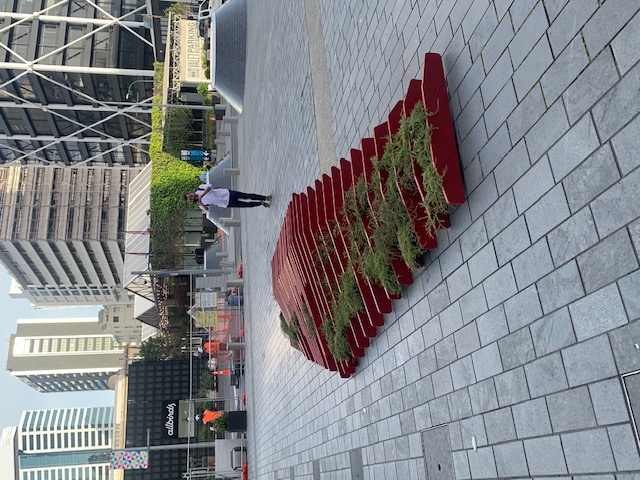 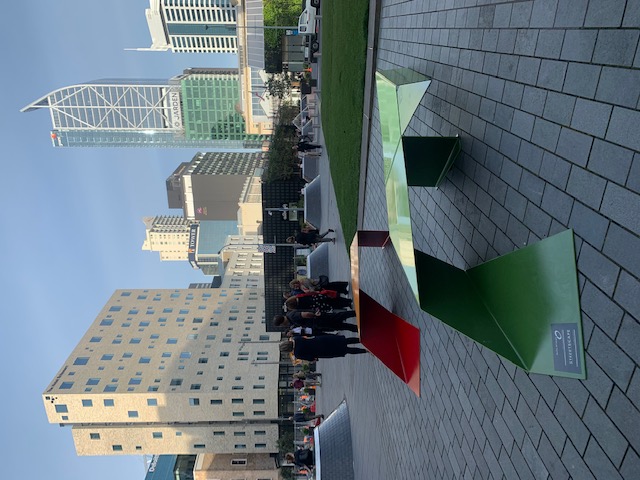 Whiria by Katherine Eastman, Erin Diao and Alex Smith is made from mild steel folded into modules that can be arranged into a number of different formations. A combination of Resene Impromptu and Resene Dell was used to the front nohonga and Resene Flashback with Resene Jalapeno was used for the rear module. 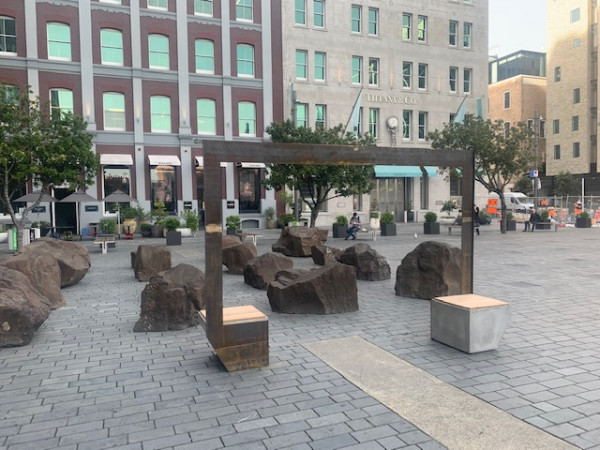 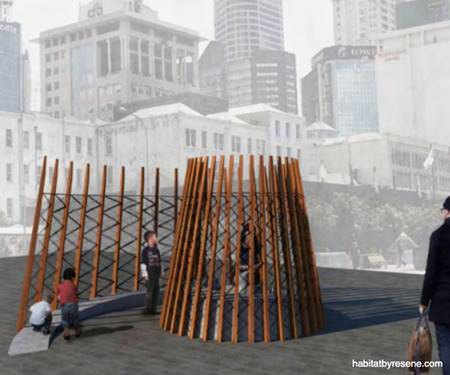 Bioluminescence by Topsy Steele and Qiannan (Anna) Li, inspired by shells, waves and the colours of the beach, is being installed directly at Brick Bay in early November. Due to its immense weight (clocking in at over seven tonnes), the team was unable to install the nohonga on Takutai Square out of caution to avoid compromising the structural integrity of Britomart Station below. The finished design will feature timber finished in Resene Woodsman Whitewash and steel frames in Resene Hullabaloo.