It’s the time of year when Kiwi photographers submit their best images of our environment and society for expert judgment and public scrutiny in the New Zealand Geographic Photographer of the Year competition.

The competition has long been New Zealand’s largest photography contest and this year was no different with nearly 6000 entries submitted, a record amount. The result is a breathtaking collection of images that capture Kiwi life during one of our most challenging years. Resene is proud to sponsor both the Landscape and Colour Awards.

The judges have whittled the down 6000 entries to just 40 finalists, a selection of which can be viewed below. Now it’s your turn to be the judge, head to www.nzgeo.com/photo and vote for your five favourite images.

These incredible photos will be on display in the newly renovated New Zealand Maritime Museum from late September 2020 until March 2021. Make sure you head along to see these beautiful works in person. 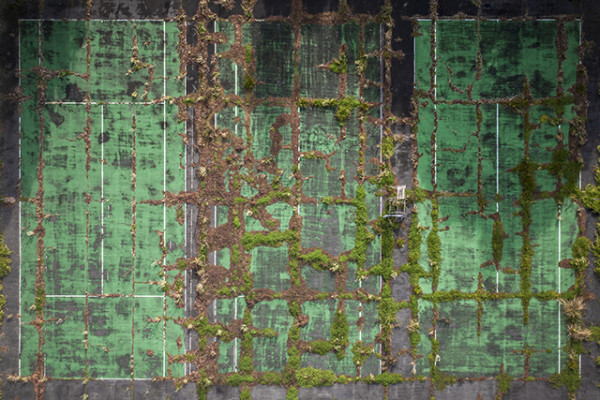 Nature reclaims derelict tennis courts in the Auckland suburb of Mount Roskill. When Petra Leary learned of the abandoned facility, she immediately planned to shoot it for her ongoing project documenting tennis courts. Seen from a drone, the forms are abstracted, and the similar colours of grass and concrete seem to merge. Image: NZ Geographic / Petra Leary When a kōtuku flew past Douglas Thorne near the Milford Sound ferry terminal, he leapt into action, thinking he’d photograph it on the wing, or with Mitre Peak in the background. Instead, he captured it scratching his head. It was a struggle to hold still amidst the sandflies long enough to get the shot. Image NZ Geographic / Douglas Thorne. 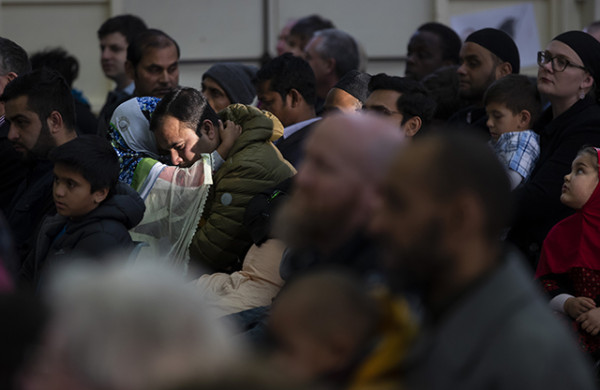 Three months after the Christchurch mosque shootings, a remembrance event was held at Hillmorton High School for the victims of the terrorist attack. Though Alden Williams had obtained permission to photograph at the event, he used a long lens to make his presence less intrusive to the crowd. Image NZ Geographic / Alden Williams. 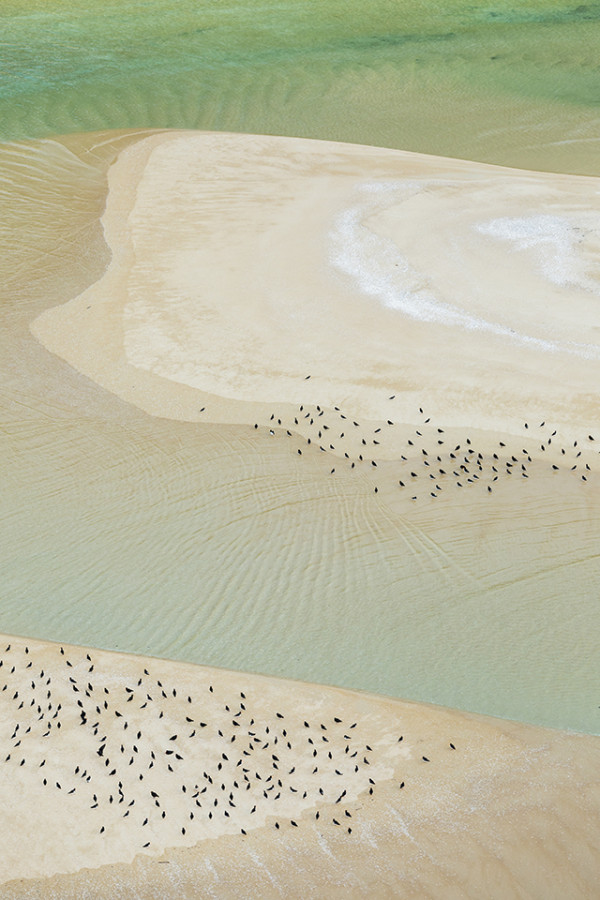 It’s pretty cold in a Cessna in the middle of winter, especially with the door off, but Emma Willetts was on a mission: to photograph New Zealand’s rivers and beaches in a fresh way. Flying over Awaroa Bay at high tide, Willetts spotted oystercatchers dotting the inlet like sesame seeds. Image NZ Geographic / Emma Willetts. 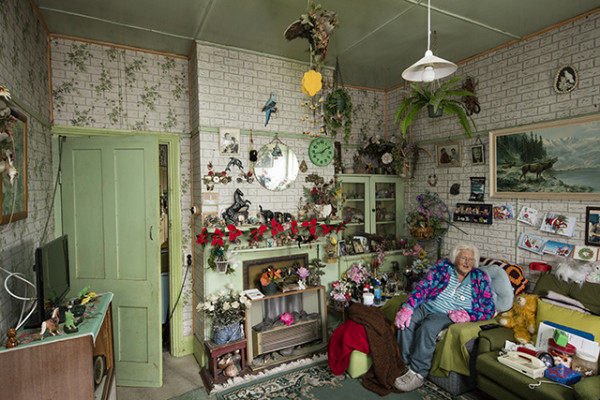 Ida Ward has lived in this house since she was married, more than 70 years ago. Now 96, Ward suffers from gout in her hands, which she covers with gloves. Nathan Secker, her nephew, felt compelled to document her and her home on a recent visit. “I didn’t ask her to move or pose for the photograph. This was Ida’s world.” Image NZ Geographic / Nathan Secker. When Gavin Lang took this photograph of climbing partner Alastair McDowell, the pair had already been on the move for four hours in their attempt to summit three 3000-metre peaks in one day. McDowell is pictured scaling the upper reaches of the Silberhorn arête.,Image NZ Geographic / Gavin Lang. 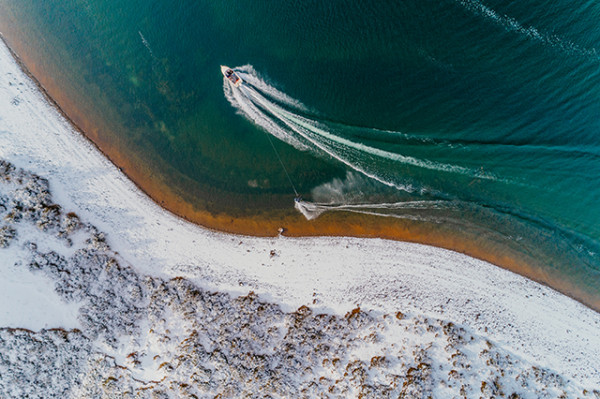 Stopping on the snowy shores of Lake Lyndon on a winter road trip, Struan Purdie noticed the water was mirror-still. He vowed to return with a boat and wakeboarder. Two years later, conditions lined up to create the photograph he had envisioned. The biggest challenge? Finding someone willing to brave the near-freezing water separating two valleys. Image NZ Geographic / Struan Purdie. 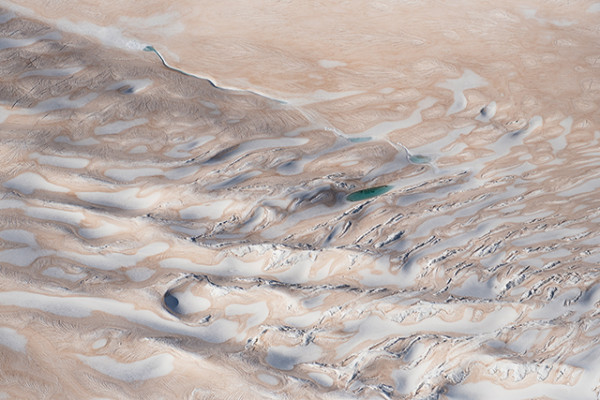 Flying over Fox Glacier in the middle of January, Mitchell Clark noticed an unusual pinkish residue highlighting the contours of the ice. It was dust and ash from the Australian bush fires that had been burning across the Tasman. The pink tinge first appeared on the Southern Alps at the beginning of December 2019. Image NZ Geographic / Mitchell Clark. 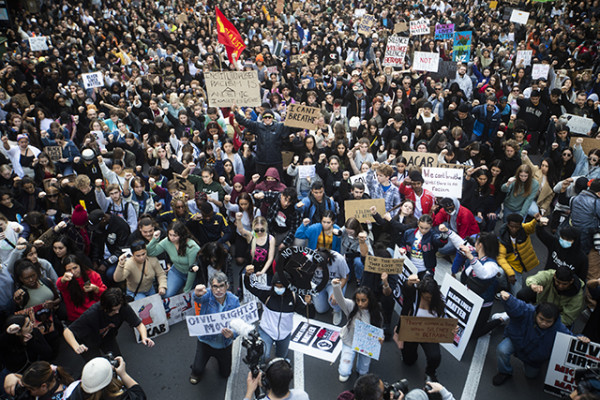 As supporters of the Black Lives Matter movement gathered outside the United States Consulate, Chris McKeen photographed the scene from the roof of a truck: “It wasn’t until they all took a knee, raised a fist and stared up at me that I knew I had a frame that captured the diversity and intensity but also the surprising youth of the marchers.” Image NZ Geographic /Chris McKeen. As the sun sets, Grenville Pitama starts the uplift of the hāngī during Matariki celebrations at Richmond Community Gardens, a revitalised part of Christchurch’s red zone. Alden Williams knew that uncovering the hāngī would be the day’s best opportunity for a photo—but had only a slim window of time to capture it. Image NZ Geographic /Alden Williams. 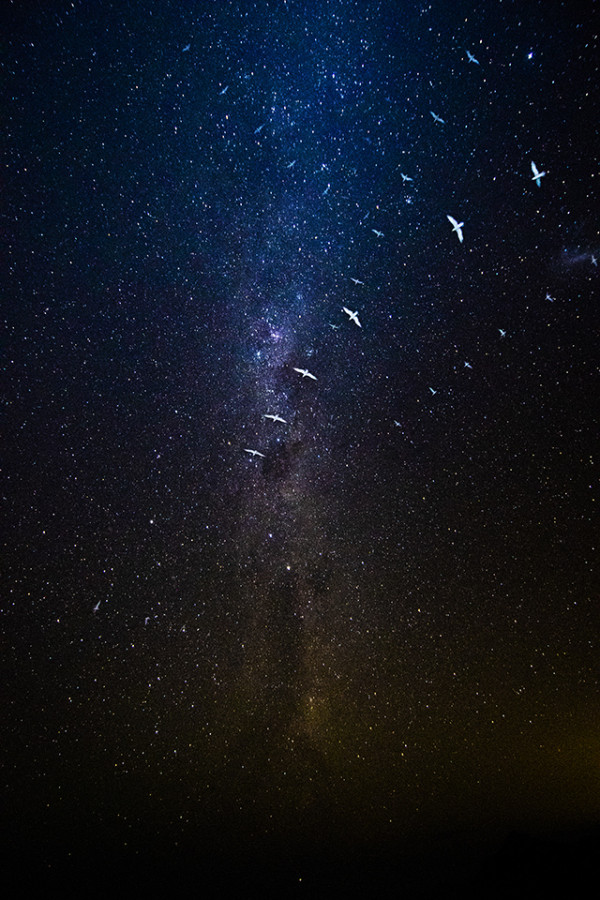 Rako/Buller’s shearwaters stream out past the Milky Way from their colony on Tawhiti Rahi, having fed their checks. Perched on the edge of a cliff, Edin Whitehead waited for the birds to fly along the trajectory she envisaged—then fired her flash, “freezing” them in place in the frame. Image NZ Geographic / Edin Whitehead. For her first New Zealand WWOOFing job—a labour-for-accommodation exchange pairing volunteers with organic farms—Denisa Maňásková arrived at a saffron farm in early February. The saffron wasn’t blossoming in mid-summer, but there were beehives full of honey to be harvested. Quickly overcoming her fear of bees, Maňásková documented the process. Image NZ Geographic / Denisa Maňásková.