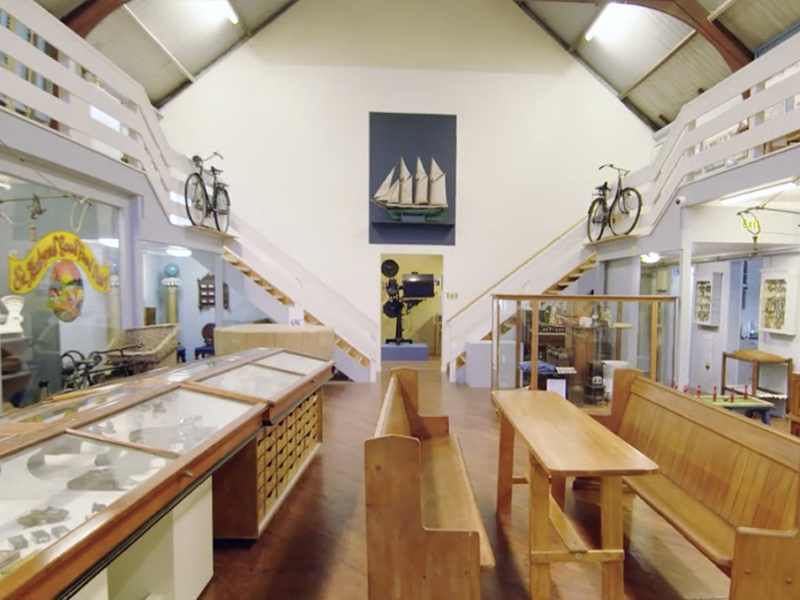 Devonport Museum gets a makeover

Being almost completely surrounded by sea has shaped Devonport’s history and its positioning at the harbour entrance has given it strategic importance… it’s still the primary base for the New Zealand navy, today.

And for more than a hundred years, boats and ferries were the main links to Auckland. That relative isolation gave rise to an independent spirit which stayed even after the bridge opened in 1959.

In 1981, Devonport Council was the first to declare themselves nuclear-free. So, as you can imagine, the Devonport Museum is home to some amazing collections.

In this fascinating two-part Heritage Rescue II special, the teams reveal the secret past of Devonport.

The church architecture was coloured mainly in shades of white. There were areas that had been painted piecemeal with tones of blues and deep purple.

And the attractive internal architecture was not immediately apparent mainly due to the clutter and disorder of the collections inside but also because of the lack of definition using colour.

To help with this, the Heritage Rescue team chose to paint the walls shades of blue to organise the side rooms.

The stark blue of Resene Coast and soft Scandinavian blue of Resene Seachange differentiate and add interest in and between the side rooms (upstairs and downstairs) from the central body of the church building. These different shades create perspective and dimension to the space and allow each area to have a different character and feel.

Resene Coast is also used as a grand focal gesture and backdrop for a pond yacht at the large end wall of the church – this colour is used to draw the visitor through the church towards the rear providing a path around each of the exhibits.

The delicate Resene Quarter Regent Grey gently picks out the bannisters and columns and adds a subtle architectural interest.

Resene Good As Gold creates a rich and warm entry area and end annexe wall. This provides a great device to link and connect these two architectural end walls.

See this week's episode of Heritage Rescue II on Choice TV on Saturday, 7 October, at 7.30pm and Sunday, 8 October, at 5am and 2pm.