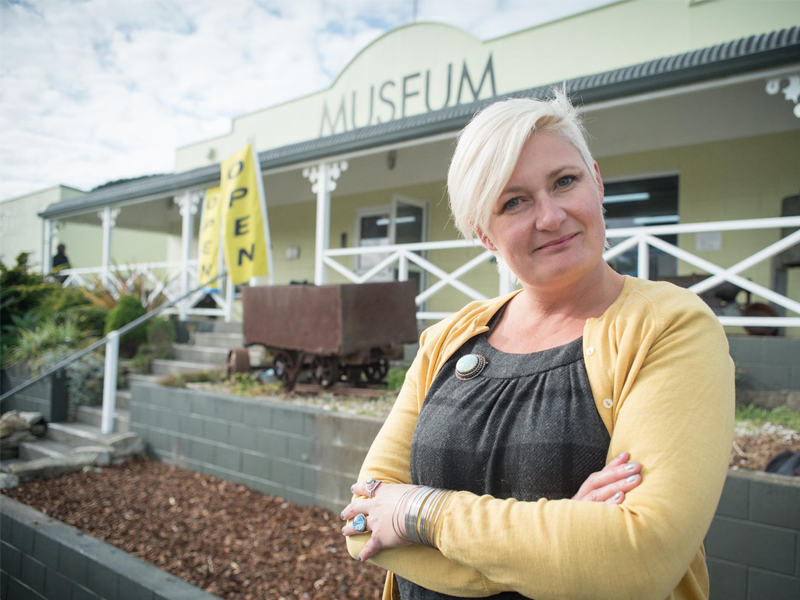 Mokau looks like a sleepy coastal town but its strategic position on the mouth of the Mokau River in North Taranaki has resulted in a vital and fascinating history. In pre-European times, the river acted as a boundary between three Maori tribes who fought over the fertile land around it. Then into the mix came Pakeha settler who also saw the tactical advantage of the river.

Now Mokau is a peaceful town with around 400 residents and while visitors may come to the beautiful beach, not many visit the local museum run by eccentric historian Ian Whittaker. It was struggling… so in came the team from Choice TV’s Heritage Rescue programme.

The charming exterior of the building was freshened with block walls in classic green Resene Karaka as well as railings and trims in Resene Alabaster. Inside, the displays were re-organised and a central display case painted in the warm neutrals of Resene Cougar and Resene Sandstone, using Resene Lustacryl, a waterborne enamel that’s quick drying and hard-wearing.

The townspeople were delighted with the result… none more so than Ian Whittaker.

Here’s a glimpse of last Sunday’s programme, or to see more, see the episode here. For more heritage rescues, tune into to Choice TV this Sunday at 7.30pm.