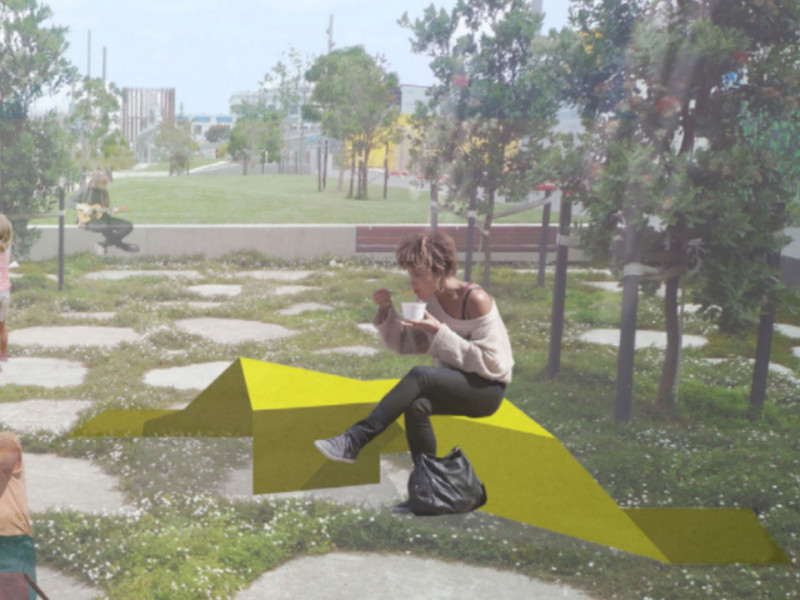 Over the last five years, Brick Bay’s successful ‘Folly’ competition has invited architects to produce inspiring and creative designs. This year marks their inaugural Nohonga (seat) design competition in a collaboration between Brick Bay and the Auckland Branch of the New Zealand Institute of Landscape Architects Tuia Pito Ora.

Of the 11 finalists, the five winning designs will be constructed and installed in Britomart this November with the seats moving back to Brick Bay for the summer from early December. Take a look at the winning and finalist designs below:

Te Whakatohenehene ‘the disruption’ by Bela Grimsdale, Luke Veldhuizen and Sam Gould explores the relationship between Ranginui and Papatuanuku (land and sky) and their unborn child Ruaumoko (volcanoes and earthquakes). The design captures the endless story of Ruaumoko (pushing the earth to the surface) and the tears of Ranginui eroding the earth back to Papatuanuku. The design element serves to connect humans to nature through earth and timber elements. 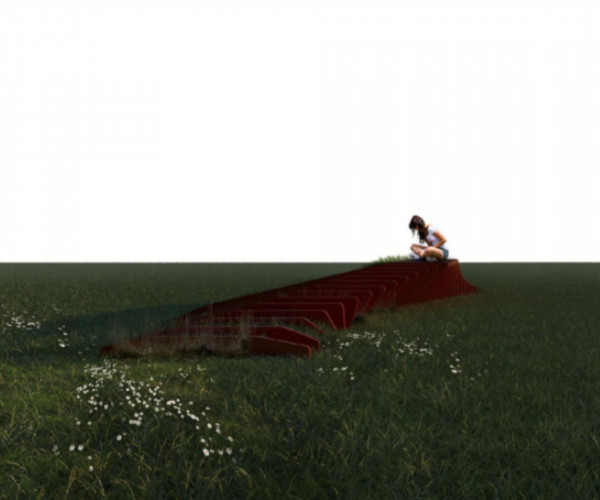 Bioluminescence by Topsy Steele and Qiannan (Anna) Li is inspired by shells, waves and the colours of the beach.  It’s firm and tangible but contains movement and softness around it. Made from a variety of layers – both hard and soft, solid and flexible – it’s all woven together to create a seat that is open at one end and a sheltered bubble in the centre, giving you the calming feeling experienced while sitting near the ocean.

The Titiro Seat by Amdrew Norriss, Sean Eustace, Jo Tukunaga, Nada Stanish and Zack Barker from Isthmus is created as a vantage point to observe, which also becomes a sculptural object in the landscape. The seat provides moments to engage, whether in solitude looking out, or sharing a place to converse and witness a moment together. Play comes in with the climb, taking turns at the top, swinging your legs, having a bird’s eye view and then lying or sitting under the overhang, in the shadows cast on the grass below. 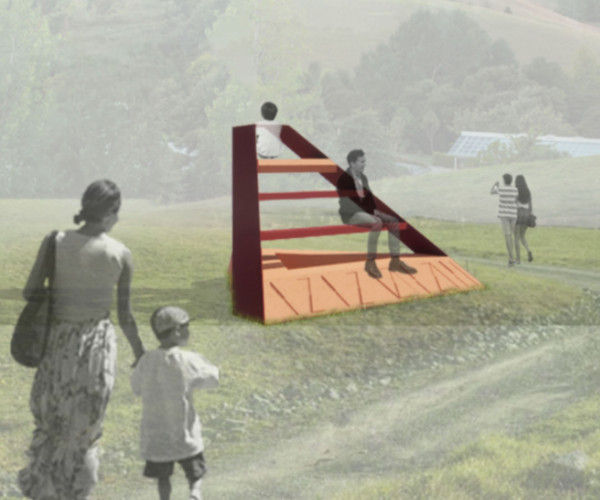 Whiria by Katherine Eastman, Erin Diao and Alex Smith is made from mild steel folded into various modules and a combination of Resene Turtle Green and Resene Grass Hopper. It provides the visual link to the flax leaf, which is the main inspiration for this seat design – harakeke – and weaving. The design celebrates the weaving of people through various raranga (weaving) methods such as kete (baskets), whāriki (mats), kākahu (garments) and putiputi (flowers). 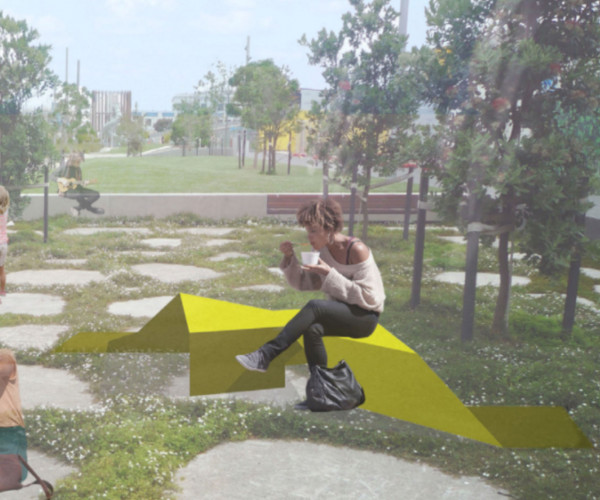 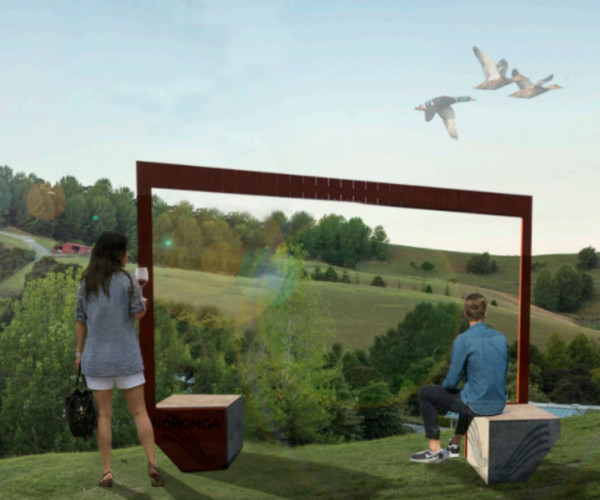 Take a look at the other finalists below

Kanohi kit e Kanohi (Face to Face) by Tony Milne, Ben Taylor and George Field is designed to create a place to gather and talk. The central timber sentinel is an identifiable landmark at which to meet and resides over the space, acting as guardian. The folding metal ribbon provides a number of perches for all ages to sit. 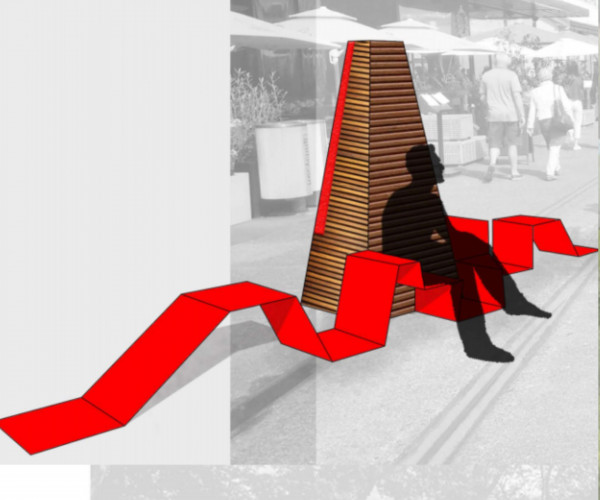 Social Stack by Yoko Tanaka, Naomi Rosser and Sofia Fourman looks at how construction materials can be reused as a seat. The arrangement of different sizes and lengths allow for numerous engagements to rest, play or gather.

Rock, Paper, Scissors by Hannah Valentine and Alexander Luiten draws on its namesake, the well-known game of rock, paper, scissors. It’s represented in three materials linked into the in geographical, terrestrial and architectural history of Tamaki Makarau. The contained form of Rock invites a couple or individual to pause, while the open, low plane of Paper is multifunctional, accommodating groups, children and the ability to lie down. The linear forms of Scissors are social, lending themselves to sitting across from one another at varying degrees of intimacy. 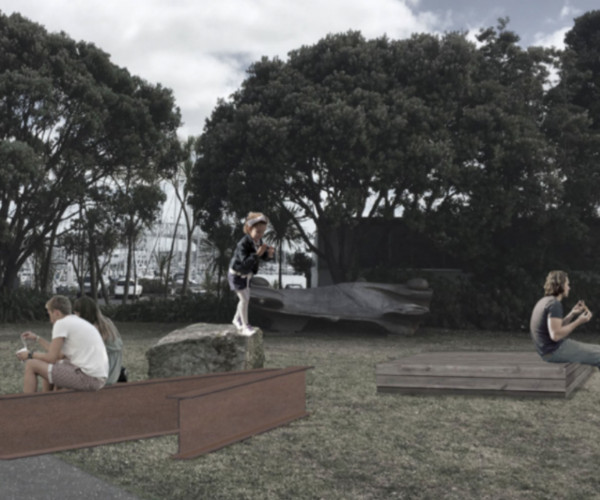 Ahuia Whenua Land Form by Garth Falconer, Linda Falconer, James Paxton, Renee Hearn, Erin Fitzpatrick and Janet Zhang is inspired by landforms – volcanic mountains, the islands and the harbor. They wanted to take a simple, robust bench form and push and pull it in order to create an island in its urban setting. They wanted to create something that had a variety of seating uses, with wheelchair access and pops of colour. 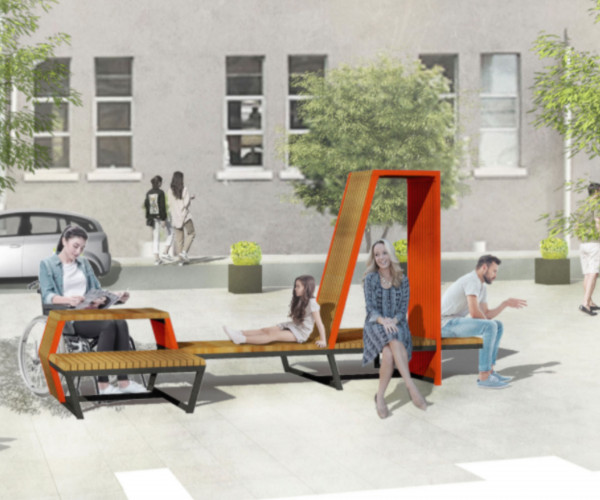 3D Printed by Thomas Annand and Lucas Wotawa were inspired by the centre point of the Brick Bay winery – the dark and reflective lake. They wanted to create something that had a large glossy black surface to reflect the nature around it. 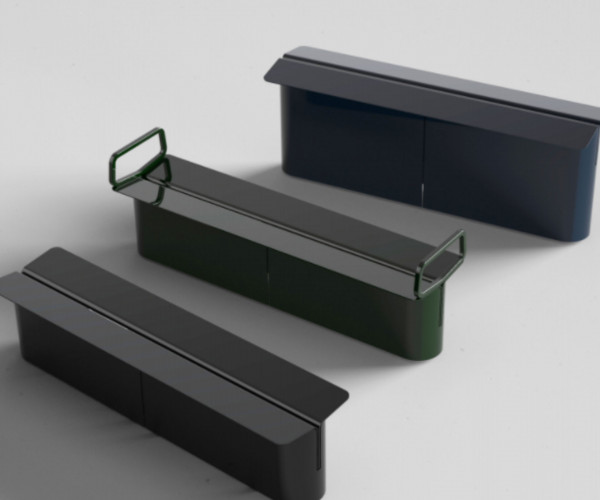 Mirumiru by Garth Falconer, Linda Falconer, James Paxton, Renee Hearn, Erin Fitzpatrick and Janet Zhang is also fondly called ‘the bubble seat’ – a design dreamed up in the middle of lockdown. They took the concept of staying in one’s bubble and explored how it would look like the future in urban environments.