After: The HOMEmade team opted for Resene Double Merino on the walls of the kitchen, to contrast nicely with the use of dark cabinetry.

David and Tammy bought their 1970s home a year ago, but as a busy airforce family with two young sons, they have struggled to turn it into their dream sustainable, eco-friendly home, aside from some painting and adding LED lightbulbs throughout the house. They still have a whiteboard with a list of more than 70 ‘to-dos’.

When the HOMEmade team paid the family a visit the kitchen was in desperate need of a makeover. Though it had good bones, the space needed a re-think when it came to design, layout and functionality.

Designer Melissa Greenough branched out with black cabinetry, a white faux marble benchtop, two gold accent doors and all new appliances. So inspired was the team by the kitchen, they extended the spruce-up to include the lounge and dining area as well.

The team changed the lounge curtains to Resene Meander Charcoal with blockout lining. Resene Double Merino was used on the walls with a contrasting pop of Resene Bokara Grey on the door.

Dining room before and after

Lounge before and after

When it came to the outdoors David and Tammy wanted to turn their blank canvas front yard into a fun place for their two boys to play in. 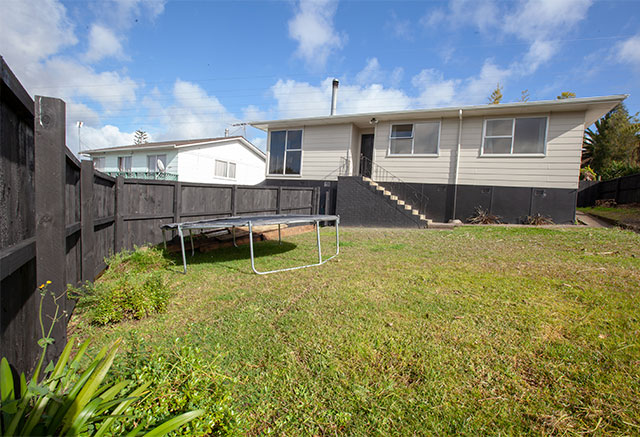 Catch episodes of HOMEmade on TVNZ1, Thursdays at 7.30pm. If you missed last week's episode, you can watch it at www.tvnz.co.nz/shows/homemade.