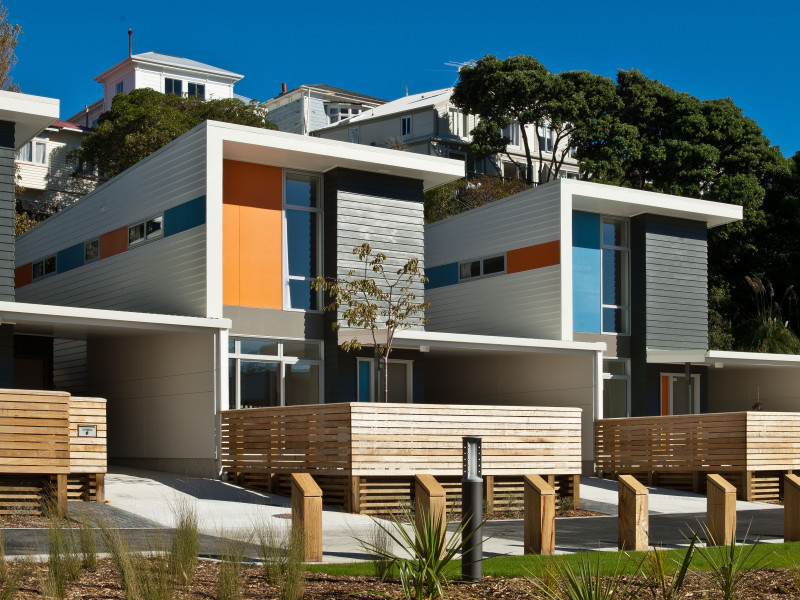 The exteriors of the apartments are painted in an array of Resene colours, including Resene Clockwork Orange and Resene Wedgewood, above.

At the other end of the residential size scale was a micro-bach on the Coromandel Peninsula, designed by Crosson Clarke Carnachan Architects and called the Hut of Sleds. Another modestly sized house to win an award was the Waiake Beach House in Torbay, Auckland, designed by Stevens Lawson Architects.

The overall NZIA award winner for 2013 was a commercial project, The Imperial Buildings, a group of heritage buildings on Auckland’s Queen Street restored by Fearon Hay Architects. For more information, see www.nzia.co.nz.