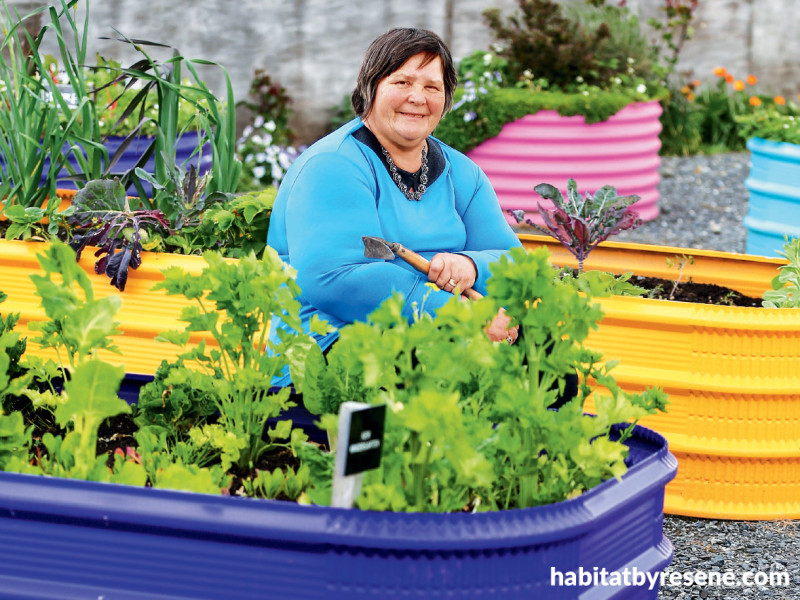 Resene has sponsored a special prize in this year's Gardena Gardener of the Year awards to celebrate a 'colourful character', giving away $1000 worth of paint. The winner is Gayle Hammond, whose work with community group South Alive has helped make previously rundown parts of South Invercargill brighter and more beautiful.

Gayle says the prize couldn't have come at a better time. South Alive has just bought a building that will become a community centre and a retail space but needs to be renovated. The group is also about to launch its ”art strategy” for public art work too. ”So there’s plenty of scope for paint!” Gayle says.

A nurse at the local freezing works, Gayle became involved in South Alive back in 2012. At the time the housing stock in South Invercargill was becoming run down, so South Alive identified areas that needed the most help and set about improving them. Gayle has always been a keen gardener, so joining the beautification team was an obvious choice.

Under Gayle’s leadership, their first project was Operation Zero Rubbish. Another significant project was the transformation of wasteland behind a shopping centre where a community garden has been established with vegetables and bee-friendly flowers grown in 15 brightly painted containers, some of which have been adopted by groups such as the local kindy. There has also been a lawn planted, and an outdoor gym, basketball court and stage added.

See here for more about South Alive. There were five finalists for this year's Gardena Gardener of the Year awards, with the winners announced in NZ Gardener magazine.