Artist Caroline della Porta got her start as an illustrator for London newspapers in the... more Colourful lights lit up the sky in Invercargill’s Queens Park for Murihiku Matariki this year in a celebration of traditional and contemporary culture. The events took place during mid-July, with over 80,000 people flocking to the park to be immersed in Toi-arts and the story of Matariki. A huge chalk mural was created for the event using Resene FX Chalkboard Paint tinted to Resene Black, which allowed the public to create memorable photos and add their names or a drawing to the mural with coloured chalk.

During the evenings the park lit up with a fantastic display of murals painted in Resene FX Fluoro colours, including a creative representation of the nine stars of Matariki created by the students at James Hargest Jnr. 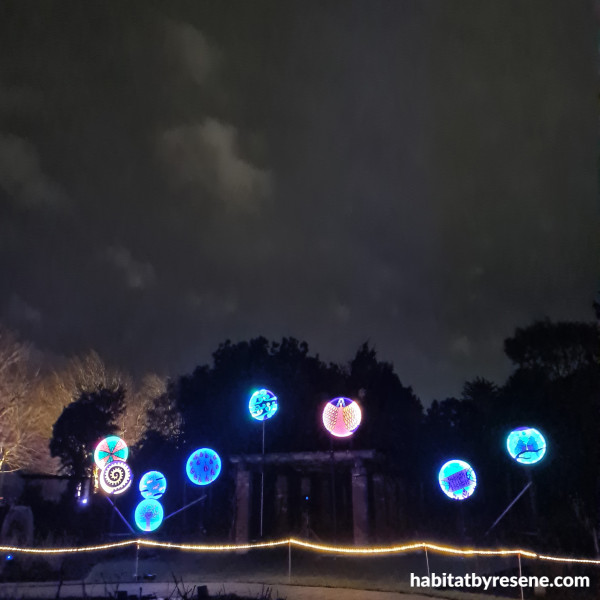 The bright nine stars of Matariki were created by the students of James Hargest Jnr with a range of Resene FX Fluoro paint.

Sharne Parkinson, the creative director and co-ordinator of the event, is pleased that the event has risen to such heights from its humble beginnings. “The event began with a couple of passionate community workers and artists,” says Sharne, who began the event three years ago. Many waka were made for the event to showcase waka korari and waka taua, the massive war waka.

“Our event embodies the true essence of Matariki for us: the whanau gathering, the toi, the entertainment and kai, and the sharing of knowledge and culture.

“This event is a dream come true, it has so much potential to grow. The healing it creates for our community, for me, has been beautiful. The coming together of cultures is something special and that understanding of Maori culture is magical.”