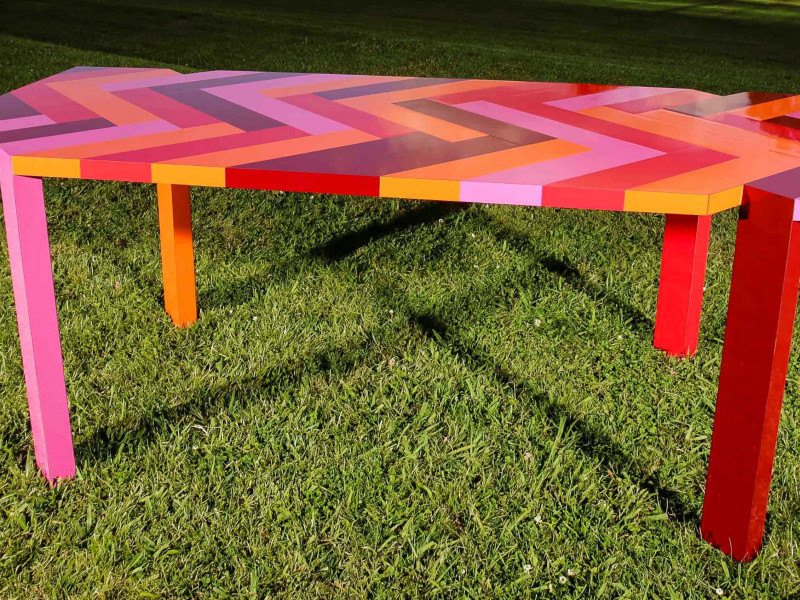 A brightly coloured herringbone patterned design took top honours in the recent biennial Formica Formations Design Competition. Designed by Aucklander Hugh Worth, the striking table is made of angular pieces of Formica AR+ gloss laminate, with a beautifully cut-in detail where the legs join the table top. He drew inspiration from his own family, some of whom he noted were having difficulty finishing their veggies whilst he was conceptualising his design. “The vivid colours and herringbone patterning will enliven the dreariest of dinner parties. Fussy children will be so enthralled they won't even realise they've just eaten all their greens.”

The Emerging category was won by Wellington-based Frances Fraser whose design Time Table was inspired by the rings of a tree. For more information visit www.formicaformations.co.nz