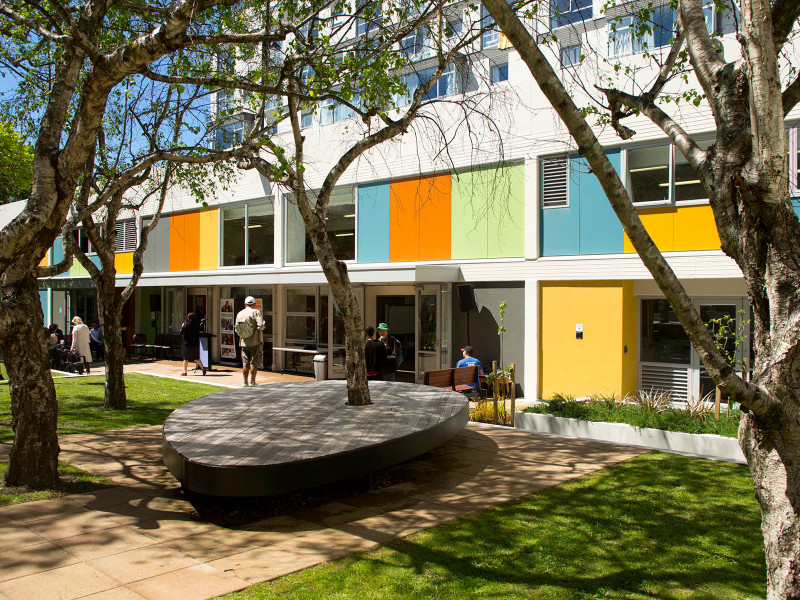 As the judge’s citation says: “A tired and socially dysfunctional Council apartment complex has been transformed by means of intelligent re-organisation and relatively minor structural alterations. The original 1960s architecture has been given due respect, but its scale has been broken down and articulated on a more sympathetic scale... This is a good story of architecture having a positive impact on hundreds of lives.”

The overall winner and recipient of the 2014 New Zealand Architecture Medal was the ASB North Wharf building in Auckland by BVN Donovan Hill and Jasmax. For more, see www.nzia.co.nz.